Busisiwe Mavuso says the impact of load shedding has been 'devastating'. 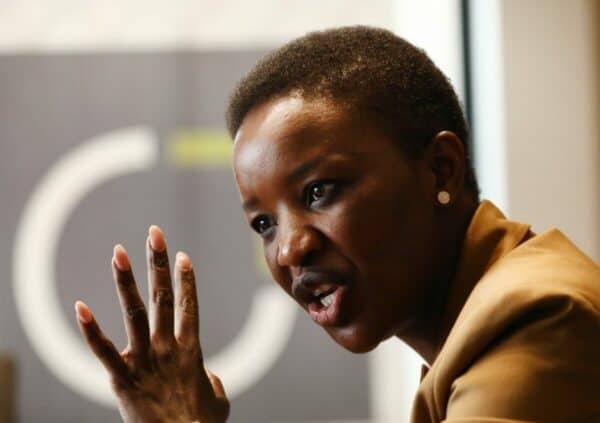 Eskom board member Busisiwe Mavuso says South Africa cannot rely on a single state utility any longer as blackouts continue across the country.

Load shedding has consistently been implemented during this winter and is set to continue throughout the week, with Eskom saying “it will still take a few weeks for the power generation system to fully recover to pre-strike levels”.

Mavuso, who previously blamed the ANC for challenges faced at Eskom, has since noted the impact of the continuous load shedding, describing the rolling blackouts as “devastating”.

“I have been told of companies forced to lay off staff because they simply couldn’t open their doors,” the Business Leadership South Africa (BLSA) CEO said in her weekly letter on Monday.

She said load shedding has highlighted the need for reforms on electricity as well as renewable energy in South Africa.

“There is only one way to ensure we do not face such occurrences again – we must diversify the sources of electricity in South Africa.

“We cannot rely on a single state utility any longer. We have known this for some time and had we acted more vigorously sooner, experiences like last week could have been avoided,” Mavuso said.

“We have the right ingredients – the private sector can now build plants of up to 100MW without a licence. The renewable energy independent power producers programme can procure far larger power production.

“Within a matter of years we could substantially diversify the producers of electricity in South Africa. We have made progress but it is too slow,” she added.

The Eskom board member, however, said government and business needed to be aligned in order to achieve these necessary reforms.

“There have been successes, but we must not rest until we can confidently say that load shedding is a thing of the past,” she concluded.

In April, Mavuso had walked out of a meeting with Parliament’s standing committee on public accounts (Scopa) after a heated exchange with the committee’s chairperson Mkhuleko Hlengwa.

The Eskom board member said De Ruyter would not be the “fall guy” for the mess at the utility and attributed the blame to the ANC-led government.

Mavuso was responding to a question from MPs after their oversight visit to inspect Eskom’s operations.

READ MORE: De Ruyter hits back at critics ‘who style themselves as energy experts’

She doubled down on her views after penning an opinion piece arguing that the reports of the Commission of Inquiry into Allegations of State Capture show how cadre deployment ruined South Africa.

In response, Mineral Resources Minister Gwede Mantashe took a swipe at Mavuso during the ANC’s Eastern Cape elective conference, saying the “right-wing” and “fascists” were on the “offensive” against the ruling party.

Mantashe also said those who resist nuclear power while serving on the board of the National Nuclear Regulator will be fired.

“If you resist nuclear and you [are] a board member, I fire you, simple. You can’t be in a board of something you’re not advocating for. We want nuclear there in Port Elizabeth,” he told delegates at the conference.

Meanwhile, the ANC could call for a declaration of a state of emergency on Eskom and the energy sector in the country, TimesLIVE has reported.

According to the publication, the ANC may be considering taking tough measures to bring Eskom back to life after the governing party’s national executive committee (NEC) received a report from Public Enterprises Minister Pravin Gordhan.

In his report, Gordhan is said to have told the NEC that Eskom was still reeling from the consequences of corruption and state capture, which was met by hostility from some members.