Gavin Watson was supposed to testify at tax inquiry on Tuesday

The inquiry was supposed to hear from him as part of an investigation by Sars into his tax compliance. 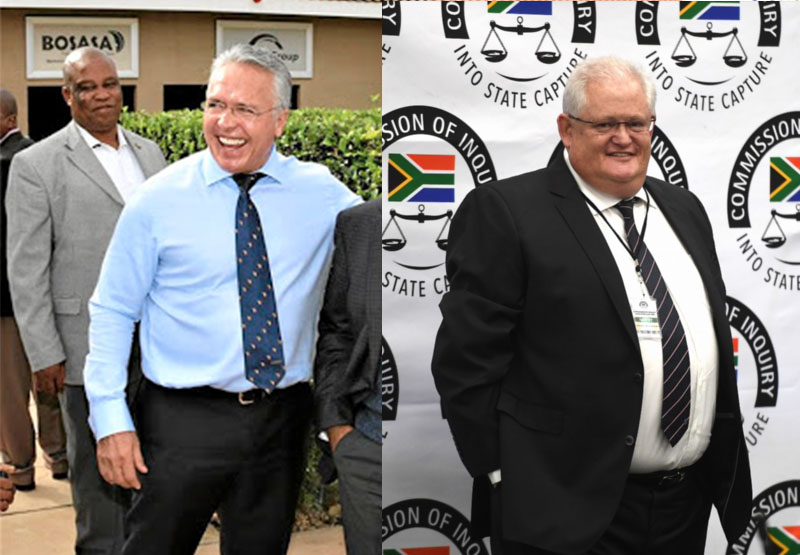 The deceased former CEO of embattled Bosasa/African Global Operations, Gavin Watson, was due to testify at an inquiry into his tax affairs on Tuesday.

News24 understands that the inquiry, led by advocate Piet Marais SC, was supposed to hear from Watson as part of an investigation by the South African Revenue Services (Sars) into his tax compliance. The inquiry flowed from testimony at the commission of inquiry into allegations of state capture.

More than 20 witnesses are expected to appear before the inquiry, which is a process closed to the public as it relates to tax matters which Sars is under legislative obligation to keep confidential, News24 earlier reported.

Sars spokesperson Sandile Memela told News24: “In terms of Section 69 of the Tax Act 2011, Sars does not share or divulge confidential information on taxpayer affairs.”

It is uncertain how Watson’s death will affect the inquiry.

The Gauteng High Court in Pretoria granted Sars an order establishing the inquiry on March 29, but the order was sealed, prohibiting access to the documents.

The inquiry focused on establishing the facts surrounding allegations that Watson and the companies in the Bosasa stable failed to comply with tax obligations and sought to hide assets from Sars.

Watson, it was earlier alleged, paid senior staff cash on a monthly basis, and allegedly instructed his close associates to structure deals to hide the truth from Sars.

These payments were described by former Bosasa chief operations officer Angelo Agrizzi during testimony before the commission as being an incentive for staff members to keep quiet about alleged bribery practices that continued for years.

Agrizzi estimated that tens of millions of rand were paid in bribes to, mainly, the department of correctional services and the department of social development officials in exchange for lucrative multibillion-rand tenders.

He spent more than 10 days on the witness stand, delivering bombshell testimony of alleged illegality involving corrupt tenders, bribes and how the company had allegedly bribed its way out of trouble after being in hot water with the National Prosecuting Authority.

Gillingham and Mti, together with Agrizzi and other Bosasa staff, were charged in February this year with several counts of money laundering and violations of the Public Finance Management Act, as well as the Prevention and Combating of Corrupt Activities Act.

The five men face charges relating to four tenders, worth roughly R2 billion, which correctional services awarded to Bosasa between May 2004 and December 2005 and alleged bribes paid to Mti and Gillingham. The transactions described in testimony before the Zondo commission all carry tax implications.

Bosasa changed its name to African Global Operations in 2017, in an attempt to avoid the public scrutiny that the Bosasa name carried.

The name change also coincided with a renewed vision inside the company to expand its business into Africa with President Cyril Ramaphosa’s son, Andile, and Chinese surveillance technology giant Dahua Technology.

But the implications may run far wider than just Watson’s personal tax affairs.

News24 also previously revealed that the company donated a conservatively estimated R40 million to the ANC over nearly two decades, according to a source with intimate knowledge of Bosasa’s affairs.

Despite allegations of corruption surrounding Bosasa being in the public domain since 2007, former ANC treasurer-general Zweli Mkhize admitted that the party continued to accept donations from the company.

Donations carry tax implications for both parties involved and could spell trouble for the ANC if tax donations were not properly managed.

A controversial donation of R500,000 was also made to Ramaphosa’s presidential campaign by Watson in the run-up to the ANC’s national elective conference.