Botha will serve a life sentence for murder, two life sentences on both counts of rape, and five years for defeating the ends of justice. 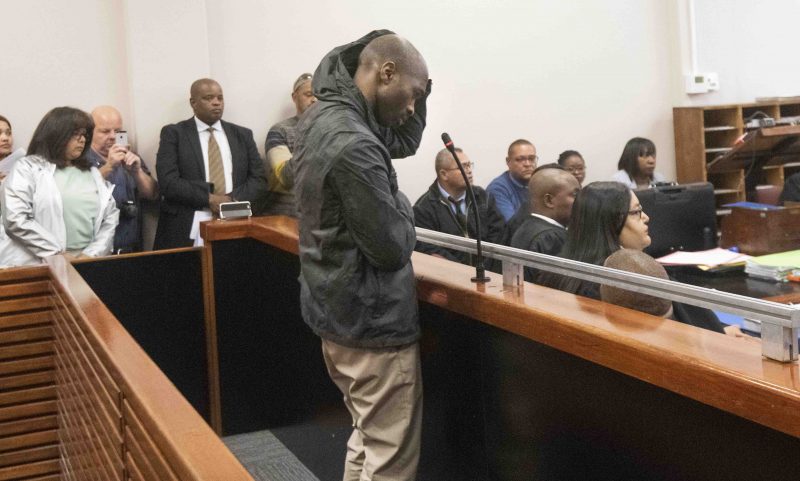 Former post office worker Luyanda Botha will serve life in prison for the rape and murder of Uyinene Mrwetyana, in terms of a plea and sentencing agreement heard in the Western Cape High Court.

The court heard on Friday that Botha pleaded guilty to raping and killing UCT student Mrwetyana earlier this year.

According to the agreement, Botha will serve a life sentence for murder, two life sentences on both counts of rape, and five years for defeating the ends of justice. The five year sentence will run concurrently.

He will not be eligible for parole for 25 years. Judge Gayaat Salie-Hlophe confirmed the sentence.

Standing in the dock of the Western Cape High Court for a pre-trial on Friday, Botha said he understood the charges.

“The State has also consulted with the parents and family of the deceased fully and I have explained in great detail the contents of the document and the processes to be followed,” said State prosecutor Advocate Rodney de Kock.

Mrwetyana’s family were in court as proceedings continued, including the graphic details of Botha’s plea.

Botha was charged with twice raping 19-year-old Mrwetyana, a first-year University of Cape Town student, before bludgeoning her to death on August 24.

Botha admitted in his plea that he organised to be alone with Mrwetyana in the locked Clareinch Post Office that day by telling her a parcel was ready. He had met her two weeks earlier when she first enquired about the package.

He made sexual advances towards her but she did not respond and looked scared, he said.

“I grabbed her by the waist and forcibly pulled her closer to me… the deceased fought while I sexually violated her,” he admitted.

He then raped her.

“She managed to run to the door but I caught up with her and knocked her to the ground.”

He then dragged her to the post office safe and locked her inside while she was still screaming.

“I choked the deceased and she fought back and kicked me.”

He took a 2kg weight, used to weigh the packages received at the post office, and used it to kill her, targeting her head.

Botha then left the post office, drank alcohol and returned to cover her body with cushions, a blanket and a jersey.

He returned the next day and found the area covered in blood. He cleaned up and waited until dark to remove her body in a large postal mail bag in his car.

Once at a field in Lingelethu West, Khayelitsha, he dumped her body in a shallow hole before dousing it with petrol and setting it alight.

De Kock said she was killed in a “callous and vicious manner for no other reason than that she rebuffed the sexual advances of the accused”.

Aggravating factors included that he misused his position to gain her trust, he had previous convictions, and that gender-based violence was a scourge on society.

Botha made a confession and pointed out the scene after being arrested.

De Kock said no substantial and compelling circumstances existed to warrant a departure from the minimum sentence of life imprisonment.

Addressing the Mrwetyana family, Salie-Hlophe said no sentence could bring back their loved one, but she hoped it provided some closure and would help with their painful and difficult path to healing.

“She fought bravely and courageously. This was indeed a heinous and cruel act and crime. Though it may be cold comfort to you today, it is not without significance that she was a fighter and clearly had a fighting spirit for her life,” the judge added.

She said Mrwetyana would be remembered as a hero and iconic champion in the fight to end gender-based violence.