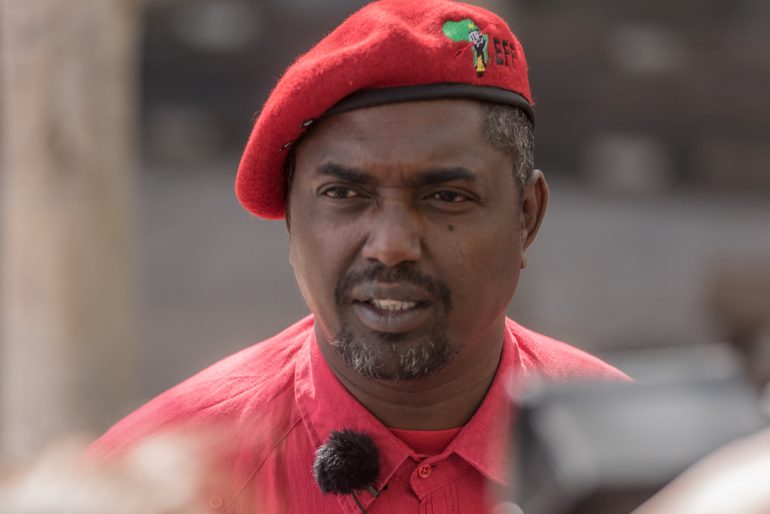 The EFF's former general secretary Godrich Gardee speaks to the media outside the Consitutional Court in Johannesburg on 5 September 2017. The court heard the EFF's bid to have President Jacob Zuma impeached. Picture: Yeshiel Panchia

Former EFF secretary-general Godrich Gardee, now the head of international relations, has resigned from his role as a member of Parliament.

Gardee refused to comment when asked about the development.

The senior EFF member recently qualified as a lawyer – and last week the party’s president, Julius Malema, tweeted that Gardee had started working as a candidate attorney.

The former secretary-general had been lambasted for being divisive by some party members in the lead-up to the EFF’s second elective conference.

Some expected Gardee to leave the party after he was not re-elected as a leader. However, he was given the task of helping to establish the party’s footprint outside of the country, hence his role as head of international relations.

“It wouldn’t be proper for him to be paid if he can’t be there full time.”