There was speculation on Monday evening that Gana and Malatsi would announce their resignation from the DA, but they're still 'in the running'. 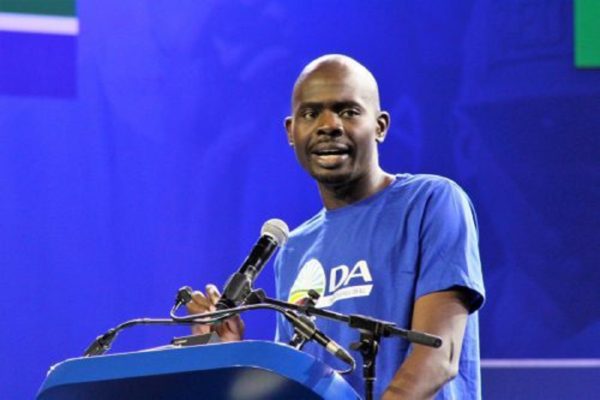 DA members Makashule Gana and Solly Malatsi on Tuesday morning announced they would be running 500km to raise R500,000 for poor pupils in Limpopo.

It left the country in stitches after much speculation that they might be resigning from the opposition party following the departure of Phumzile Van Damme from parliament.

The two running friends made the announcement on Facebook on Tuesday morning.

They began their briefing sounding like they were about to make an announcement on their resignation from the DA. Malatsi said they had discussions with their families before making their “big reveal”.

“I think we are at a stage where we are fine with sharing the reveal so that we can squash the speculation that heightened last night and just get the monkey off our back so that we can focus on doing the work that is required to achieve the mission,” he said.

Gana and Malatsi, who are both runners, said they would run from Soweto to Tzaneen in Limpopo beginning on 24 July 2021 until 8 August 2021. The charity run is expected to start at the home of the late former president Nelson Mandela’s house in Vilakazi Street.

“We wanted to combine the two things that we are passionate about towards a worthy cause. If you look at the distance, it’s being done specifically so that we can try and raise R1,000 for every kilometre that we will be running so that we can make sure that those young girls who are in school who often miss large numbers of school days during their menstruation cycle can remain in school,” Malatsi said.

In an interview with Aldrin Sampear on SABC News’ Unfiltered on Monday night, DA Federal Council Chairperson Helen Zille speculated that since Gana and Malatsi are both avid runners, their press conference would probably be about something to do with jogging.

She explained that she had followed their exploits as athletes avidly since they are both “exceptional runners” who cover “mind-boggling” distances.

South Africans were initially unconvinced, but she turned out to be right.

‘It’s about the kids’

Gana said it was important for men to get involved in finding solutions to the challenges faced by young women in South Africa, especially when it comes to education.

“I think it’s also ourselves playing our part in ensuring that at least the kids from the villages and surrounding communities also have a chance of success in life. If it wasn’t for education I doubt you [Malatsi] and I will be here,” Gana said.

“We’re looking at running an average of 35km a day. Any runner will tell you running 500km in two weeks is no child’s play.”

They called on the public to support their initiative through donations, accommodation and transport.

“This is not about us, it’s about the kids. We are using our passion for running to help the kids back home,” Gana said.

While some people felt the hype was unwarranted, others were still impressed about all the attention suddenly focused on a good cause.

It makes me so happy to see everyone in South Africa take Action around Menstrual Health: Makashule Gana & Solly Malatsi will be running to raise funds for Sanitary Pads & Education.

Malatsi is a DA MP who also served as the party’s spokesperson between 2018 and 2020. Gana is a member of the Gauteng legislature for the DA.

Zille had on Monday accused the media of being racist. She said the DA had plenty of black MPs and MPLs who were still going about their work and the DA was still a nonracial party focused on building one South Africa for all. Zille also denied that the DA is losing support, especially among black South Africans.

Van Damme made it clear on May 20 that she was quitting as an MP due to her unhappiness with a “clique of individuals” in the DA.