AfriForum and the Nelson Mandela Foundation presented opposing arguments on the banning of a symbol that became globally infamous during the apartheid era. 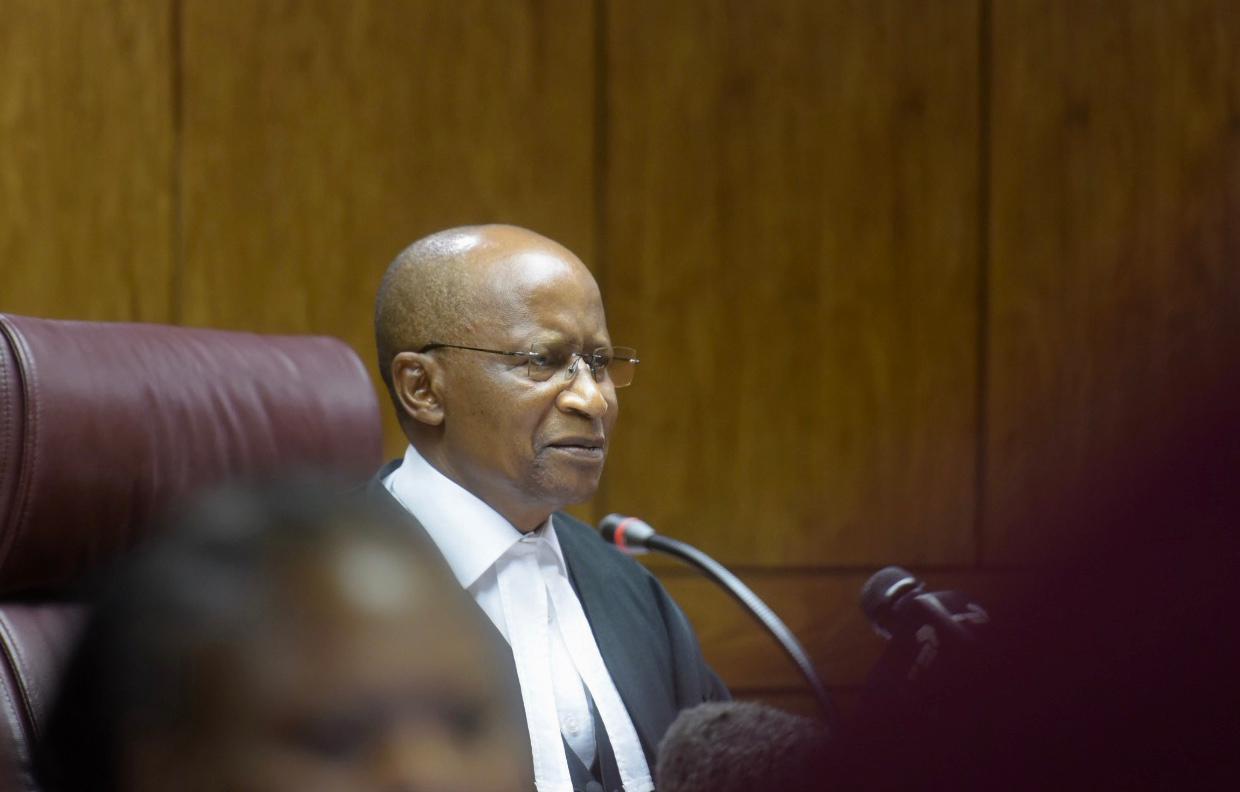 The Equality Court ruled on Wednesday morning that badly intentioned public displays of the old South African flag, which its detractors often refer to as the “apartheid flag”, should be limited, since “gratuitous display” constitutes not only hate speech but also harassment, and could be interpreted as an expression of white superiority, divisiveness, and severe racial prejudice.

Judge President Phineas Mojapelo summarised the arguments in the case, pointing out that the case essentially rested on whether displays of the flag should be considered hate speech, or whether these displays should be permitted due to the constitution’s strong protections on freedom of speech.

Judge Mojapelo rejected the narrow definition of hate speech only as literal words, saying it should be given a wider interpretation and extend to symbols like the flag as well.

The judge argued that displaying the flag “does much more than merely cause emotional pain and stress to black people”, and that “it makes no difference” to his finding that “an isolated person somewhere” would not fully understand the meaning of the flag, which was dehumanising to black people. Those who displayed the flag were consciously choosing “oppression over liberation symbols, with the intent to incite and awaken white supremacist” ideologies, he said.

He said displays of the flag were offensive not only to black people but to members of the LGBTQ+ community.

Mojapelo added that the flag could be seen as “representative of apartheid” and remained divisive. Its display could fairly be seen as a message propagating hatred and hurtfulness and therefore constituted hate speech. He believed the display of the flag was an “affront to ubuntu (humanity)”.

“The Constitutional Court has time and again emphasised the importance of historical context when considering human dignity, especially the history of racialised inequality in South Africa, a unique attribute of which was the denial of human dignity to black South Africans,” said Mojapelo.

He then summarised some of the key human rights violations during the apartheid era, which were enabled by numerous discriminatory laws and intended to entrench white minority rule, segregation and supremacy over the black majority in what the United Nations had condemned as a crime against humanity.

“The old apartheid flag, as it is sometimes called, was a vivid symbol of white supremacy and black disenfranchisement and suppression. It combined four flags: the British Union Jack, and [those of] the old Boer Republics. It gave expression to European heritage and heraldry and excluded black people entirely,” he said, quoting one argument from the Nelson Mandela Foundation (NMF) in the case, which he agreed with.

“It is unfortunately still divisive,” he said, which was why a new flag and identity was needed in 1994.

Mojapelo said the post-apartheid government had had the task of redressing historical imbalances. He said the right to display the flag needed to be balanced against protecting human dignity and human rights, particularly those of the formerly oppressed black majority. This would be particularly relevant if the flag was being displayed by the white minority.

The case saw lobby group AfriForum square off against the NMF, with the former arguing only words, not symbols and images, constituted hate speech according to the Equality Court’s definition.

The foundation had clarified that it had never called for the flag to be banned, but that it should only be displayed in public settings that were meant to inform and educate.

NMF lawyer Tembeka Ngcukaitobi argued that most displays of the flag should be interpreted as the flag raiser’s attempt to project discredited views on white racial superiority.

The NMF further argued that “gratuitous displays” of the apartheid-era flag should be legally considered hate speech. This stance was supported by the South African Human Rights Commission (SAHRC), as well as LGBTQ+ community organisation Johannesburg Pride.

NMF spokesperson Luzuko Koti said in a statement in April: “For the foundation, it is time to acknowledge that the old flag is a symbol of what was a crime against humanity and that its gratuitous public display celebrates that crime and humiliates everyone who fought against it, especially black South Africans.”

Nelson Mandela Foundation chief executive Sello Hatang had also made a submission to the court on his personal distaste and negative experience at seeing the flag. 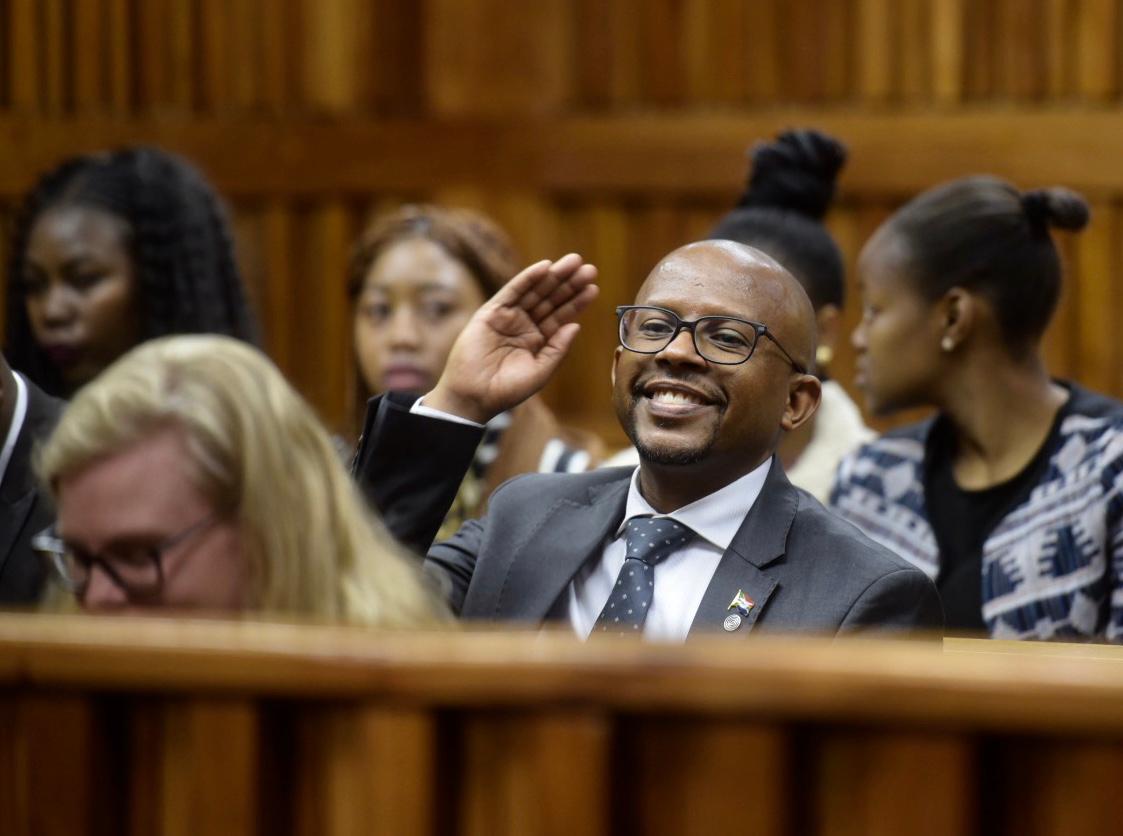 AfriForum, however, emphasised that although they had “no particular love for the flag or what it represents”, it was “exceptionally rare” for anyone to bring the old flag to any of their events and that when this did happen they would “ask them to put it away”.

The organisation conceded there were circumstances in which displaying the flag could be seen as hateful, but argued that this would not be true of the cases in which the NMF was arguing it should be prohibited.

They essentially took the view that banning the display of the flag would be a blow to freedom of speech. They also said the flag could be displayed in ways not intended to be divisive and hateful.

Judge Mojapelo criticised AfriForum’s “literal interpretation” of the law by trying to limit the understanding of expression of ideas to that conveyed by “words” alone. He said the reference to “words” should be understood as communication beyond verbal or written language alone, but that symbols, too, could be covered.

A flag could, therefore, be considered a form of speech.

“Speech must be widely interpreted to mean all forms of expression of ideas … the essence of speech is communication.

“Words in Section 10.1 [in the Equality Act] should not be interpreted literally … it should consider all hate speech, however, expressed.

“Nobody may advocate, propagate or communicate, hateful, harmful, words…” he said, saying it was important to realise that it was the propagation of hateful “ideas”, not “words” that should be limited. “It is about the meaning conveyed. Words are a medium [to convey meaning], but not the only one…

“Meaning can be conveyed by verbal and nonverbal communication.”

He said such a wider meaning was the only reasonable and sensible one.

The judge said AfriForum’s arguments were therefore not sustainable or defensible, since they were effectively arguing that people subjected to hate speech expressed without literal wordage would have no protections or legal recourse.

The Federasie van Afrikaanse Kultuurvereniginge (FAK) also wanted the flag to remain protected speech, arguing that it had been a display of the unifying of Afrikaner and Englishman in history, which the judge ruled was not a valid argument.

Mojapelo in his ruling examined the definition of hate speech, turning to numerous dictionaries for guidance.

He said hate speech was speech expressing hatred towards an individual or group based on their race, ethnicity, gender and other personal attributes. He found that it could include or exclude violence. He also quoted the constitution and prohibitions handed down by the Equality Court. He also quoted the Equality Act and couched it in the guidance that could be gleaned from international law.

Academic work, reportage in the public interest, and works of art could be viewed differently.

Mojapelo reminded the country that hate speech had long been excluded from protected forms of expression.

You can watch the full judgment delivered below, courtesy of news channel eNCA.

AfriForum calls for an end to curfew, gives Dlamini-Zuma until Friday to respond
1 week ago
1 week ago

AfriForum calls for an end to curfew, gives Dlamini-Zuma until Friday to respond
1 week ago
1 week ago