The DA's representative, advocate Etienne Labuschagne, responded by saying the EFF's argument was not judicial but political. 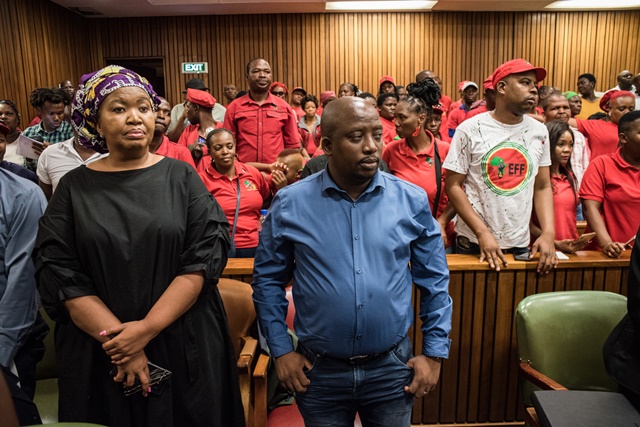 The EFF argued the DA’s Tshwane mayor, Stevens Mokgalapa, failed to execute his duties and that has led to a humanitarian crisis in Hammanskraal, the North Gauteng High Court in Pretoria heard on Thursday.

The ANC and EFF want the court to overturn an interim order that halted the removal of Mokgalapa earlier this month.

This after the two parties successfully launched a motion of no confidence in the mayor, which the DA is challenging in court.

In its argument, the EFF’s legal representative, advocate Tshidiso Ramogale, said the red berets had every right to remove Mokgalapa because he had failed in his duties.

“It had got to a stage where the SA Human Rights Commission said water in Hammanskraal was not drinkable. This has continued under their watch. They have simply failed in providing a basic service – water. The speaker failed in her duty to uphold the legislative arm to account,” he argued.

The DA’s representative, advocate Etienne Labuschagne, responded by saying the EFF’s argument was not judicial but political. The DA also argued acting speaker Zweli Khumalo was prevented from presiding over the sitting, adding councillors had physically removed him from his chair.

“We are submitting that the right to preside was interfered with and the legality that comes from that taints the sitting.”

Calling the sitting unconstitutional, Labuschagne argued if interim relief was not granted there would be an unlawful removal of the speaker Katlego Mathebe.

Judge Niel Tuchten reserved judgment, saying he would take into consideration arguments made by each party.