Public Protector appears to be taking a page out of Zuma's playbook by asking for a rescission of the court's CR17 ruling against her. 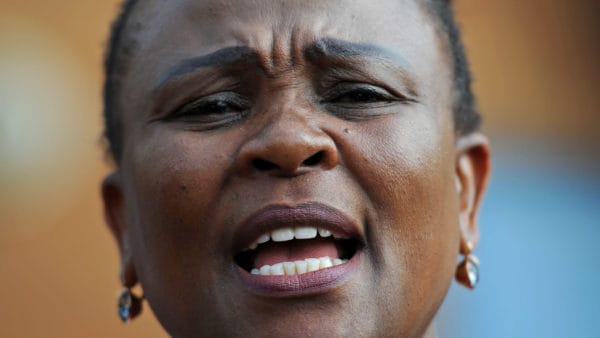 It looks like Public Protector Busisiwe Mkhwebane might be following in the footsteps of former president Jacob Zuma to be the latest person to challenge a Constitutional Court judgment.

ALSO READ: Ramaphosa vs Mkhwebane in court: A detailed breakdown

According to TimesLive, Mkhwebane is considering to approach the Constitutional Court in an effort to have the apex court’s ruling that she changed the Executive Code of Ethics while pursuing her report into President Cyril Ramaphosa’s 2017 ANC presidential election campaign rescinded.

‘Got the facts and law wrong’

Last week Thursday, the Constitutional Court dismissed Mkhwebane’s application for leave to appeal the high court decision to set aside her report into the CR17 campaign.

Mkhwebane approached the apex court after her report into the CR17 campaign was set aside in March last year by the North Gauteng High Court in Pretoria.

The Public Protector released the report on the CR17 campaign in July 2019. In the report, she found Ramaphosa had deliberately misled Parliament and recommended an investigation by the police into possible money laundering.

However, the Constitutional Court majority judgment held that no law authorised Mkhwebane to investigate the private affairs of political parties.

The apex court also concluded that Ramaphosa did not deliberately mislead Parliament about donations in contrast to what the Public Protector found in the report.

Justice Chris Jafta said Mkhwebane got the facts and law wrong as she had changed the Executive Ethics Code to align with the findings in her report.

“The Public Protector was wrong to change the code. She could not have conceivably thought that willfully could mean inadvertent…. these words are mutually exclusive,” the court said.

“What she did went well beyond the parameters of interpretation, but the finding itself is framed in terms that are concerning. The President could not deliberately and inadvertently mislead Parliament because these two cannot apply at the same time…. it is either one or the other.

“Therefore, the Public Protector was wrong on the facts and the law with regards to the issue whether the president had willfully misled Parliament and the high court was right to set aside her finding.”

Public Protector spokesperson Oupa Segalwe has since argued the judgment, saying the ruling carried a narrative that Mkhwebane “is so unscrupulous that she would go as far as to edit the code”.

Segalwe told TimesLive there were two versions of the code and that might be the reason why the Public Protector was seeking to have the judgment rescinded.

Now Mkhwebane seeks to have the Constitutional Court’s ruling cancelled with a rescission application, similar to Zuma’s latest move.

Zuma was slapped with 15 months behind bars by the ConCourt court and was given five days to hand himself over to the police.

However, in a last ditch effort to avoid time behind bars, Zuma’s lawyers approached the Constitutional Court with a rescission application.

In light of Mkhwebane’s application, the question is, has Zuma started a parade that will see ordinary citizens or even politicians facing corruption charges challenge the judgments of the highest court in the land?

An unmarried father can now register birth of child in mother's absence, court rules
2 days ago
2 days ago

An unmarried father can now register birth of child in mother's absence, court rules
2 days ago
2 days ago