Ninow previously argued that the judge had erred in finding that the crime was premeditated. 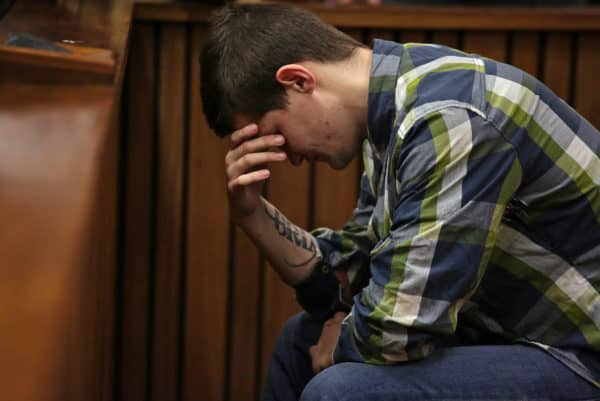 Convicted rapist, Nicholas Ninow sit inside the dock at the North Gauteng High Court to tsetify in mitigation of sentence on Wednesday,16 October 2019. (Photo by Gallo Images / Phill Magakoe)

Convicted child rapist Nicholas Ninow has been granted leave to appeal both his conviction and sentence.

This is after Ninow reportedly approached the Supreme Court of Appeal (SCA) to appeal his conviction and sentence in December 2020.

Civil rights group #NotInMyName has since rejected the SCA’s decision to grant Ninow leave to appeal, describing the move as nonsensical.

“We want to reject his appeal out rightly with the greatest contempt. It is actually angering and frustrating for us to be even talking about him being granted the right to appeal his sentence.

“This is a slap in the face of justice and it is a secondary trauma to both the victim and her family. This is also a real show of disdain towards South African communities at large.

“Ninow pleaded guilty at the start of his trial but claimed that he used drugs in the bathroom and that the child walked in and asked to urinate.

ALSO READ: ‘I didn’t care about anything’ when I raped the seven-year-old girl – Nicholas Ninow

“However Judge Mosopa rejected this version and found that he stalked the victim, followed her into the bathroom and raped her, making his actions premeditated rather than impulsive,” #NotInMyName said in a statement.

The civil rights group went on to say: “Ninow must just make peace with the fact that he committed a heinous crime and deserves to be in jail.”

In September 2019, Ninow was found guilty of raping a seven-year-old girl in the bathroom of a Dros restaurant in Pretoria a year before he learnt his fate following a week-long trial.

He was then sentenced to life in prison for the rape, five years for defeating the ends of justice and an additional five years for the possession of an illegal substance in October 2019.

Ninow had previously applied for leave to appeal both his conviction and sentence, arguing that the judge had erred in finding the crime was premeditated.

According to News24, Ninow is yet to file his appeal papers at the SCA.

Meanwhile, the publication has also reported that Ninow was caught in possession of a cellphone in the Baviaanspoort prison – located in Pretoria – where he is currently serving his sentence.

Ninow had been using the cellphone to access social media.

Department of Correctional Services has since launched an investigation into the matter, with Ninow also being charged.

This is because it is a criminal offence to have a cellphone inside a correctional facility as inmates are only allowed to have access to a public phone.