Mdluli and his co-accused face charges of corruption, fraud and theft relating to the alleged looting of a Crime Intelligence slush fund. 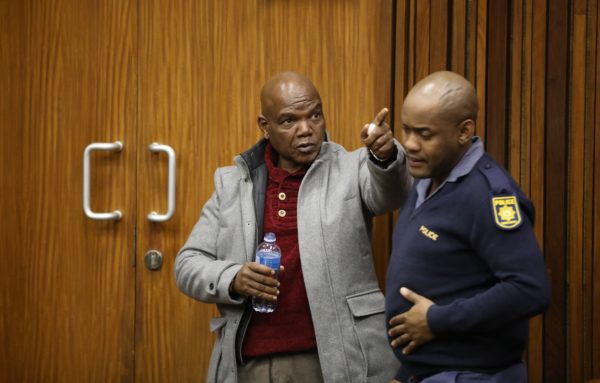 The corruption case against Richard Mdluli has been postponed again as the former Crime Intelligence (CI) boss waits for a decision on whether the state will pay his legal fees.

The high court in Pretoria postponed the case to 23 November 2021.

Mdluli and his co-accused – former CI supply chain manager Heine Barnard and former chief financial officer of the State Security Agency Solomon Lazarus – face charges of corruption, fraud and theft relating to the alleged looting of a Crime Intelligence slush fund. The crimes were allegedly committed between 2008 and 2012.

Mdluli, Barnard and Lazarus allegedly used the slush fund to pay for private trips to China and Singapore. They are also accused of utilising witness protection houses for personal use, and leasing out Mdluli’s private residence to the state in order to pay his bond, according to Investigating Directorate spokesperson Sindisiwe Seboka.

Mdluli wants the the South African Police Service (Saps) to pay for his legal fees because the criminal acts he is charged with happened while he was employed by the police.

In April, Mduli lost his bid to have a Gauteng high court judge recuse himself. Mdluli accused Judge Bert Bam of bias and not applying his mind when issuing a warrant of arrest.

Mdluli is already serving a five-year sentence for his September 2020 conviction on kidnapping and assault charges, which dated back to 1998.