Will Downer be removed? Zuma will only know in October

The State's legal team said Zuma 'realises he has not made a case on the papers at all.' 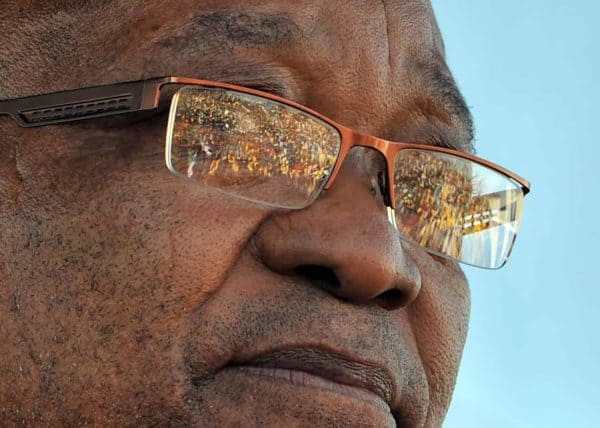 The court heard arguments on why National Prosecuting Authority (NPA) lead prosecutor, Billy Downer should be removed from the case.

Zuma’s recusal application was heard in his absence, with the spotlight on his health. This after the NPA’s medical team stated the former president is “medically fit” to stand trial.

Judge Piet Koen reserved judgment in the matter after he heard a long day of arguments between Zuma’s counsel – advocate Dali Mpofu and Advocate Thabani Masuku – as well as advocate Wim Trengove.

The judgement will be delivered on 26 October.

Trengove – who represents the NPA and Downer – said there are no material disputes of facts”, adding that Zuma “realises he has not made a case on the papers at all.”

“He’s not asking for an opportunity to abuse any other evidence, he realises that his conspiracy theories do not stand up,” Trengove added.

This is not the first time Zuma has gunned for Downer, with the former president previously accusing the lead prosecutor of being part of a conspiracy to get him arrested at all costs.

Zuma accused Downer of smearing his name and providing information to the media on his arms deal corruption case, and is challenging Downer’s title to prosecute.

He has called for his recusal after having filed a special-plea application. In addition, if he’s successful, Zuma also wants to be acquitted.

The former statesman was sentenced to 15 months behind bars at the Estcourt Correctional Centre in KwaZulu-Natal, but was released on medical parole in early September

As reported at the time, Zuma was granted parole in terms of Section 75(7)(a) of the Correctional Services Act 111 of 1998, with DCS spokesperson Singabakho Nxumalo saying:

“Medical parole’s eligibility for Mr Zuma is impelled by a medical report received by the Department of Correctional Services.”

“Apart from being terminally ill and physically incapacitated, inmates suffering from an illness that severely limits their daily activity or self-care can also be considered for medical parole”.

ALSO READ: Zuma is fit to stand trial, so why isn’t he in court?

The former president released the first statement since his release from prison, in which he criticised the processes that resulted in his imprisonment.

“It is perhaps convenient or even benefiting for others that the laws of this country be repeatedly bent and manipulated when dealing with Zuma”, he said on Monday.

SA and China to strengthen relations, fight Covid and boost trade
21 hours ago
21 hours ago

SA and China to strengthen relations, fight Covid and boost trade
21 hours ago
21 hours ago