Sikonathi Mantshantsha says Matshela Koko was given a right of response when the articles were published, and he ignored requests for a reply. 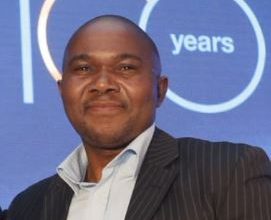 Eskom spokesperson Sikonathi Mantshantsha has launched a crowdfunding initiative to raise around R1 million for his defence against a defamation claim by former Eskom CEO Matshela Koko.

In 2017, Mantshantsha received a summons to answer a defamation charge from Koko, which included a R600,000 damages claim.

Koko worked in senior engineering positions at Eskom for 26 years until February 2018.

Mantshantsha’s articles relate to Koko’s failure to disclose his step-daughters shareholding in a company that was supplying Eskom with services in the division he headed and for contravening procurement processes.

Mantshantsha is due to appear in the Johannesburg High Court to “defend his right to report and inform the South African people about corruption.”

Mantshantsha said Koko was given a right of response when the articles were published, and he ignored requests for a reply.

Interestingly, Koko is not challenging the truthfulness of the stories, neither is he denying them.

“Most curiously, this lawsuit was launched a full two years after the offending remarks were published on Twitter and in the newspapers,” said Mantshantsha.

The applicant devised a devilish and careful strategy to single me out personally and isolate me from the media house, which would ideally be forced to defend the lawsuit and integrity of its publications. The lawsuit against me personally has been designed to ensure I would be cut off from any potential funding by my employer at the time, and therefore be left without any financial resources to defend my work and my right to do my job as a concerned and active citizen.

Arena Holdings, which owns the publications which published the articles – Business Day and Financial Mail – has already settled about a third of the legal costs, but the shortfall is estimated at R1 million.

This is not the first time Koko tried to sue someone for defamation.

In August, he tried unsuccessfully to sue a 72-year-old teacher for defamation because “she needed a big klap”.

Koko sought R500,000 from Little Academy nursery school Principal Barbara Tanton after she tweeted that he was a thief.

Koko had retweeted a City Press story published on 25 October 2020 about his refusal to sign 27 contracts with independent power providers that the government had already negotiated.

Tanton allegedly responded to the tweet, saying: “You stole so much I am sick of your innocent ramblings.”

Koko said Tanton’s statement was wrong, defamatory and an insult to his dignity. He added that it was calculated to undermine his status, good name and reputation.

But the Johannesburg High Court ordered him to pay Tanton’s legal costs.

Contributions to Mantshatsha’s legal fees can be made to the following trust account: