Ace Magashule claims the charges against him are politically orchestrated. 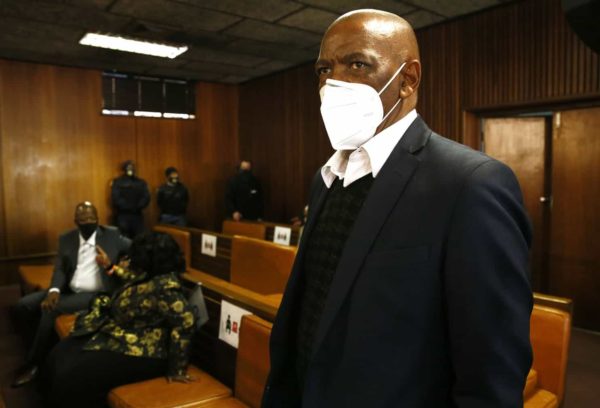 The corruption case of suspended ANC secretary-general Ace Magashule and his 15 co-accused – 10 individuals and five companies – has been postponed to 21 February 2022.

This after the Bloemfontein High Court postponed the case on 19 October for a pre-trial conference.

Judge Cagney Musi confirmed motions and affidavits should be filed by 19 November, with the state filing answering affidavits by 7 December.

Any accused wishing to file replying affidavits can do so by 15 December.

Magashule and the accused face over 70 charges, including theft, corruption and money laundering relating to a R255 million tender.

The National Prosecuting Authority’s (NPA’s) spokesperson Mthunzi Mhaga said the prosecution was ready to proceed with the corruption trial.

“On our part as the prosecution, we believe that we have a formidable case [and] we have witnesses to testify in order to sustain these charges, and we have always been ready to proceed in this matter,” Mhaga said.

Alongside Magashule, the following accused are also on trial:

Magashule maintains he is innocent, and claims the charges against him are politically orchestrated. He was eager to “be in the box” to testify

“I want to be in the box so that South Africans can know what is happening in this country”.

Magashule also complained about the slow pace of the trial. The case was initially postponed when new legal representatives were appointed.

R255 million for nothing

The case dates back to 2014, when the Free State human settlements department awarded a contract worth R255 million to Diamond Hill and Blackhead Consulting.

It later emerged only R21 million worth of work – which was outsourced to a company with actual experience in the field – was conducted.