Judge Maier-Frawley struck the DIA application from the roll with costs for self-created urgency. She will provide written reasons by Monday. 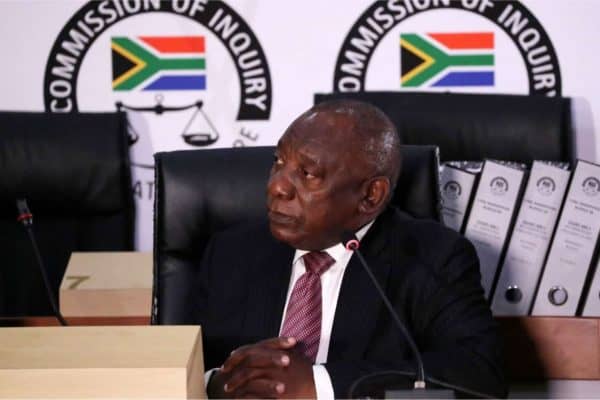 The High Court in Johannesburg has struck an urgent application to interdict President Cyril Ramaphosa from receiving part one of the Zondo Commission’s report into state capture of the court roll.

Maier-Frawley said she would deliver her reasons in writing by Monday.

DIA had argued that the president should not be the one to receive the report because he’s been implicated in wrongdoing through testimonies and evidence at the commission.

But lawyers acting on behalf of the state argued that Ramaphosa had already received an electronic copy of part one, and there were no findings implicating him in that report.

Adv Temebeka Ngcukaitobi submitted that Ramaphosa is not receiving the report as an implicated party – but as the head of state.

Ngcukaitobi, responding to reasons why the presidency must receive the report, argued there is binding remedial action.

He also reminded the court that former president Jacob Zuma, although implicated, would have received the report if he was still head of state. Ngcukaitobi also stated that it was Zuma that appointed Zondo to chair the commission.

He then called for the court to order punitive costs against DIA for abusing court processes.

“This is pure political posturing, this case is completely frivolous and brought on a short term notice,” said Ngcukaitobi.

Judge Maier-Frawley also pointed out that Zuma had received the first state capture report, by former public protector Thuli Madonsela, while he was implicated in the findings.

She said there are no findings against Ramaphosa just yet and that the report would have been made public and submitted to Parliament, so the public interest is served.

The presidency is expected to live stream the report handover at 15:30.