Alleged ConCourt vandal out on parole, has murder conviction

36-year-old Paul Makaula is not applying for bail at this stage. 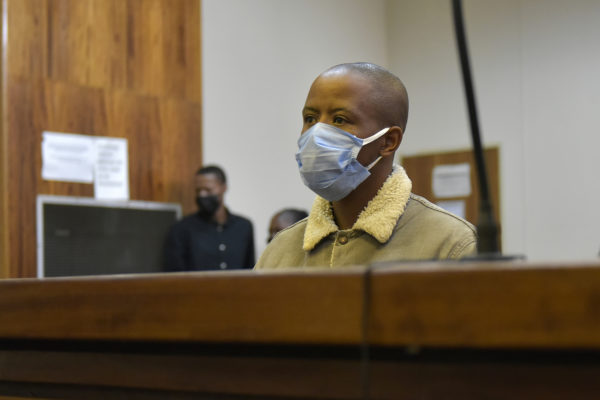 Paul Makaula in the dock of the Hillbrow Magistrate's Court in Johannesburg, 6 January 2022. He is accused of using a hammer to smash the windows of the Constitutional Court. Picture: citizen.co.za/Neil McCartney

The man who allegedly vandalised the Constitutional Court this week made his first appearance in the dock of the Hillbrow Magistrate’s Court on Friday morning, where it was revealed that had been convicted of murder in 2010 and was apparently out on parole at the time of the incident.

Paul Makauta, a 36-year-old from Dobsonville, was arrested on Wednesday afternoon after allegedly taking a hammer to glass doors and windows at the Constitutional Court.

He is facing a charge of malicious damage to property at the moment, but National Prosecuting Authority (NPA) spokesperson Phindi Mjonondwane said on Friday the state was considering bringing additional charges against him under the National Key Points Act.

His first appearance in the dock was a brief one.

The court heard the damage done to the country’s apex court was estimated at R50,000. He is not applying for bail at this stage, and the case was postponed to March for further investigations.

During proceedings, the court also heard that Makaula was convicted of murder in 2010.

Mjonondwane said afterwards that he was released from prison on parole in 2019.

The NPA has appointed a state advocate to prosecute the case and said Mjonondwane, her offices were taking the matter “very seriously”.

She said were the accused to apply for bail in the future that the state would oppose this.

In a statement earlier this week, Acting Chief Justice Raymond Zondo expressed concern and said attacks on state institutions and the courts sought “to cause the destruction of these important facilities that the public rely on for the protection of their constitutional rights”.

He said that the inciden had to be viewed “in a very serious light” and urged the country’s law enforcement agencies “to do everything in their power to put proactive measures in place to avert similar attacks going forward”.