Most of the victims are recruited by citizens that have been employed by Chinese agencies from their home country via social media platforms. Victims of a teaching scam in China, with Huntsman International and Unchain our Children, who helped them return home. Images: Letaba Herald

A Tzaneen-based company, through its international platform, Huntsman International, in conjunction with the National prosecuting Authority (NPA) and Department of International Relations and Cooperation (DIRCO), came to the aid of 10 victims, seven of which were South Africans, who were allegedly lured to China for English teaching positions under false pretences.

Letaba Herald has seen proof that this scam is also doing the rounds on various social media pages in Tzaneen.

The victims endured ‘months of hell’ in China before Huntsman International intervened and came to their aid.

The victims were brought back to South Africa and arrived at OR Tambo in two groups, the first on July 3, and the second on July 10.

ALSO READ: SA teachers back on home soil after being stranded by Chinese visa scam 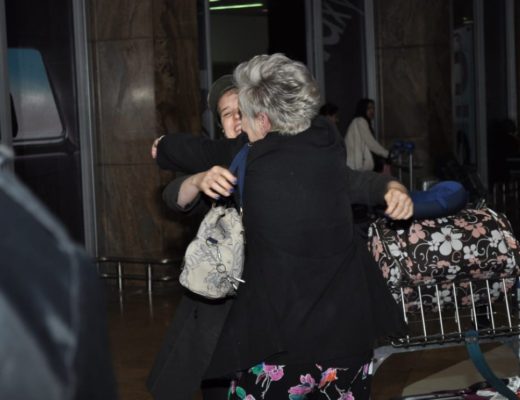 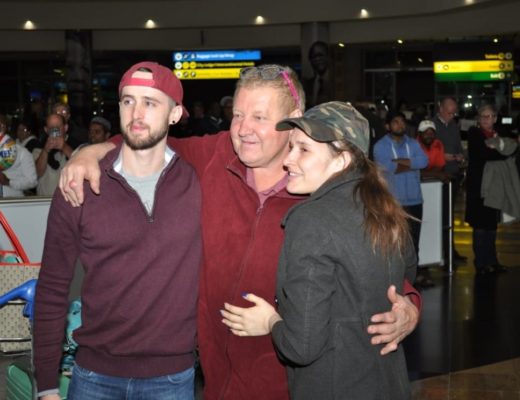 Xenobia and Cameron with a family member at
OR Tambo airport. 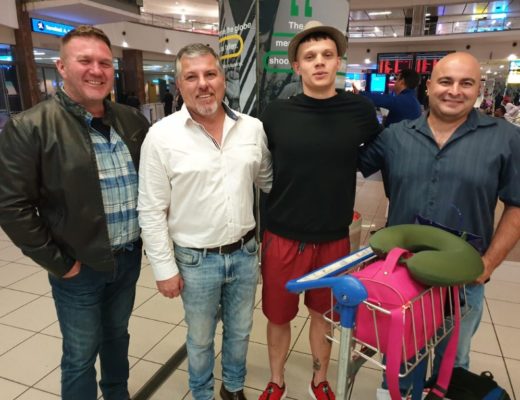 Huntsman International, an organisation that specialises in international matters, issued a serious warning to the public of this scam, emphasising that budding youngsters or those seeking a gap year be very alert before accepting any offers.

“This is a very well thought-out and planned scam, which finds victims around the globe to pay money under the pretences of getting a dream job in China teaching English, and earning anything from R20 000 to R50 000 per month,” an agent told Letaba Herald.

Most of the victims are recruited by citizens that have been employed by Chinese agencies from their home country via social media platforms. Agencies claim to  secure victims employment, arrange the necessary working visas (Z Visa) and ensure a happy working experience.

However, the common modus operandi is to lure victims into paying anything between R30 000 and R60 000 before leaving to ensure all goes well.

“The victims are given flight tickets and are issued with normal visitors visas (L Visa). On arrival in China, the victims are told that they will have to go through a process of attaining a legal working visa, this is seldom the case. Victims are then allowed to work, teaching English at privately owned schools … their salaries are … not paid to the victim but to the agency, who then tell, the victims that a large portion of their salary will be used to attain a working visa, which in many cases has already been paid for.

“This cycle is repeated to a point where many victims are left living in sub-standard conditions, many times finding themselves in small run-down rooms, sleeping on the floor on mattresses and often having to share ablution facilities with unknown people,” the agent said.

When the victims’ visa expires, they are often sent to countries where a visa is not necessary under the pretenses of a holiday break.

They are then issued with either tourism business visas (F visa) so they can continue working.

The Business visa (F visa) is not a working visa, but simply a visa to carry out business activities.

In this way, the victims are kept working without the correct visas.

“Parents and family of some of the 10 people involved in our success story approach an organisation known as “Unchain our Children” for assistance, as their children had been caught in a similar scam as mentioned above.” After a thorough assessment of the events and evidence acquired by their international agents, it was discovered that all victims had been lured to China under the pretence of teaching English legally, but all 10 were apprehended by security police in China and had been led to believe that they would be giving evidence in the prosecution of the agency owners that they were currently working under.

It turned out that this would not be the case.

They were instead interrogated and placed under house supervision, which is similar to house arrest.

“Their passports were confiscated and they were instructed that they would not be allowed to do any work. Many of the people were under house supervision for up to a period of 18 months without any means of earning money or receiving money from abroad, as they no longer had proof of identity,” the agent said.

The victims then had two charges laid against them – one for illegal border crossing, which carried a sentence of up to one year imprisonment, as well as criminal law charges, which accused the victims of taking deposits from people illegally or in disguised form, and disrupting financial order.

This charge results in a jail sentence of up to 10 years and a fine of up to R1 million.

“This was because the agency was using the victims to withdraw money from the company and showing it as a salary paid, even though the money was never paid in full to the victims.”

The victims were all taken to a legal firm that Huntsman International have reason to believe acted in the best interest of the agency and not the victims’, and advised the victims to plead guilty on all charges.

Through interventions and negotiations, all 10 victims’ charges were either exempted, or the persons were deported. Inquiries can be forwarded to: huntsmansupport@protonmail.com 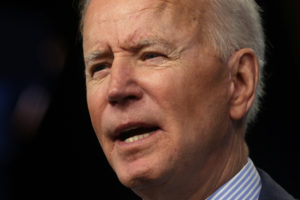 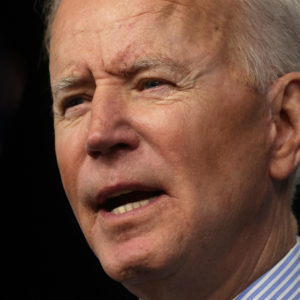 Shunned by western countries over Omicron, Africa gets a boost from China
6 days ago
6 days ago

Shunned by western countries over Omicron, Africa gets a boost from China
6 days ago
6 days ago