Majola, who was driving, sustained multiple wounds and died on the scene. 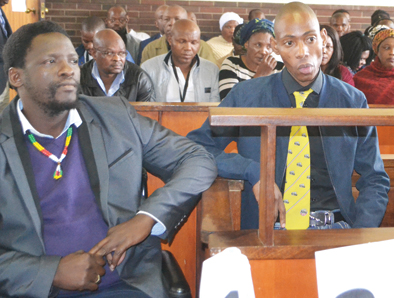 Inkatha Freedom Party Councillor Mthembeni Majola, Endumeni (Dundee) Local Municipality Mayor Richard Mbatha will be in court today, they each face two charges of conspiracy to murder. They will be in the dock alongside their co-accused alleged hit man Xolani Makhathini (not pictured).

The Inkatha Freedom Party (IFP) councillor killed in an apparent hit in Estcourt in KwaZulu-Natal (KZN) on Friday night has been named as Inkosi Langalibalele Municipality councillor, Mthembeni Majola.

“It is unacceptable that yet another life of a public representative has been snuffed out through the barrel of a gun. As the sphere of local government in the province, we are in shock as forces hell-bent on plunging this critical sphere into chaos continue their assault on this democratic institution,” KZN Cooperative Governance and Traditional Affairs MEC, Sipho Hlomuka said in a statement on Saturday.

KZN police spokesperson Captain Nqobile Gwala confirmed to News24 that local police were investigating a case of murder and attempted murder, after a suspects opened fire on Majola’s vehicle travelling on the R103 at Hospital Hill in Estcourt.

Majola, who was driving, sustained multiple wounds and died on the scene. According to Gwala, the two passengers in the car were rushed to hospital to be treated for injuries.

Majola was allegedly an accomplice in the high profile case of a murder plot of the Endumeni municipal speaker. Majola was arrested in May 2018 on charges of conspiracy to murder, Estcourt and Midlands News reported.

An attempt on Majola’s life in 2010 left him wheelchair bound, when he was shot near his home in eSigodlweni in Estcourt. Another attempt on his life was made in 2012.

Hlomuka called upon law enforcement agencies to find the culprits and on community members to come forward with any information that could assist in an arrest.

“Community members should form the first line of defence for councillors. The killing of a councillor is tantamount to an effort to subvert democracy because councillors are servants of the people elected directly by the people,” he added.