It is alleged Sergeant Yvonne Moyana's husband, Warrant Officer Phike Abel Moyana, shot her before turning the gun on himself at their home on Saturday. 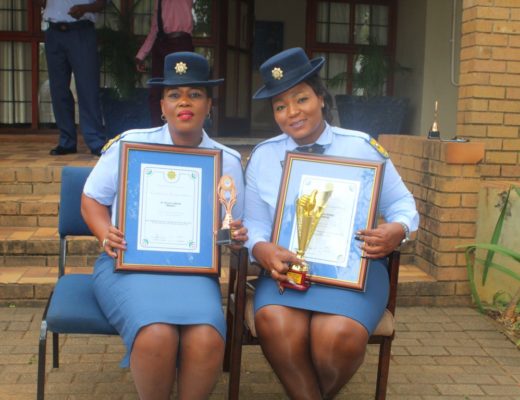 The family of a Limpopo policewoman who was shot dead in front of her children is struggling to come to terms with the tragedy.

Sergeant Yvonne Moyana, 43, was a communications officer in the Tzaneen police cluster.

It is alleged her husband, Warrant Officer Phike Abel Moyana, shot her before turning the gun on himself at their home on Saturday.

The incident happened in the presence of the couple’s three children.

Speaking to News24 on Monday, Moyana’s cousin, Nicholas Ntiwane who regarded her as a sister, said the family was still in shock and bewildered by what had happened.

Ntiwane added he spoke with Yvonne regularly and not once had she hinted to them that she was going through any domestic issues with her husband. He described her as bubbly, and remembered she always had a smile on her face.

He said Moyana was a communicator even within their family.

“Everybody liked [Yvonne] and that is why this comes as a shock because if we knew, we would have intervened and tried to resolve the problem before it could reach this end,” an emotional Ntiwane told News24 on Monday.

While the children – aged five, 13 and 16 – were undergoing counselling, they were struggling to come to terms with the loss of their parents, Ntiwane said.

Visiting them on Sunday following the incident, he added he could see they were trying to be strong.

“[The incident] is really traumatic for the kids because it happened in front of them. They are OK, although you can see that they cannot accept the situation…”

Yvonne was one of the top-performing officers in the province, having been named as the top police sergeant this year. She also scooped the Best Visible Policing Employee of the Year Award in 2018.

The police have opened murder and inquest dockets following the incident.

Mojapelo said the motive for the incident would be established during the investigation.

Ntiwane said Yvonne would be buried in Mkhuhlu, Mpumalanga, on Saturday, while his brother-in-law would buried in Musina, Limpopo, on Sunday.