Constable Thando Sigcu was in plain clothes trying to arrest a robbery suspect when a police officer, not knowing he was a cop, fired shots and he was fatally wounded. 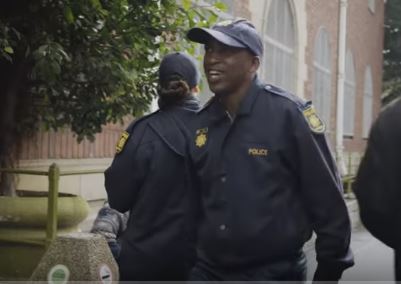 No arrests have been made yet in a case of apparent mistaken identity where a Cape Town law enforcement officer is suspected of shooting a plain-clothed police officer.

The police officer, who was shot dead a week ago, will be remembered by his colleagues at a memorial service on Thursday.

Western Cape police spokesperson Colonel Andrè Traut said on Tuesday that further details would be made available on Wednesday.

News24 understands Constable Thando Sigcu, 38, will then be laid to rest at a funeral service in Cofimvaba in the Eastern Cape next Saturday.

Sigcu was shot dead after apprehending a robbery suspect near a fast-food outlet on the Foreshore in the Cape Town CBD last week.

The City of Cape Town’s safety and security director, Richard Bosman, confirmed that a “law enforcement officer was involved in a shooting incident in the central business district”.

Hawks spokesperson Colonel Katlego Mogale said on Tuesday that the suspect had not yet been arrested as the investigation was at an early stage.

Mogale said at the time that Sigcu was shot in a case of mistaken identity.

“It is reported that the constable was on patrol in plain clothes with his crew near one of the hot spots in the Cape Town CBD when they saw two suspicious males walking in Adderley Street and approached them, but the two fled in different directions,” she said.

They chased after the men and Sigcu caught one of them. Mogale said the suspect allegedly resisted and fought Sigcu on the corner of Adderley Street and Hertzog Boulevard.

“Whilst the scuffle between the constable and the suspect was under way, two Law Enforcement officers in uniform drove past and observed what appeared to be an armed male attacking another person,” said Mogale.

The officers apparently reversed and stopped the vehicle in the road to intervene.”One of the armed Law Enforcement officer[s] confronted the two men and ordered the unbeknown to him constable in plain clothes to drop his firearm. He then fired two shots, fatally striking the SAPS (SA Police Service) member in the chest and wounding the suspect in the face.”

Sigcu died on the scene. The suspect was taken to hospital under police guard.

Sigcu was attached to the Cape Town Central police station and had been in the police for five years.

He was such a passionate supporter of Cape Town City Football Club that it released a short documentary about the highs and lows of the season through his eyes last year, titled Thando – A Short Film.

In the film, Sigcu said he loved being a police officer and touching people’s lives.”Most of the people think that being a police [officer] is to arrest people. No. You are social workers. We are here. We are advisers.”