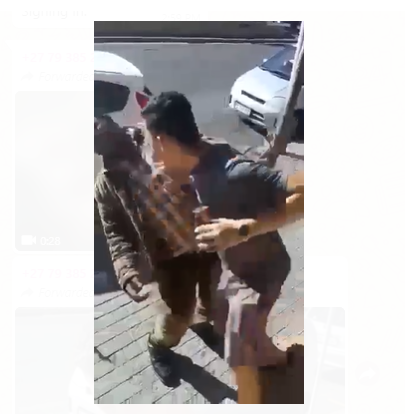 A man in the city of Cape Town was caught on camera assaulting an intoxicated man and the footage has gone viral.

The suspect, who was holding a can in his hands, was walking up a flight of stairs and was confronted by a man who seemed to be very intoxicated.

It’s unclear when the altercation between the two started as there seemed to have been a back and forth between them in the video before the recording started.

What the intoxicated man said was also unclear but before things escalated, he said: “Who are you?”

#crime #Assault Anyone know about this incident? Apparently happened in Cape Town somewhere. Do you know the suspect hitting the victim.
Apparently the victim died as a result of this.
Call Crimestop 0860010111 pic.twitter.com/Ysg0N2meBY 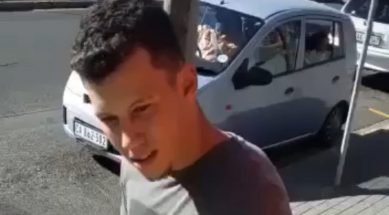 A suspect who assaulted a man in Cape Town. Picture: Screengrab

“We know of the video, however, no case has been reported but we are looking into it.”