Two Best Care ambulances were targeted in an attack on their premises in the Mountain View, Pretoria area on Friday night. 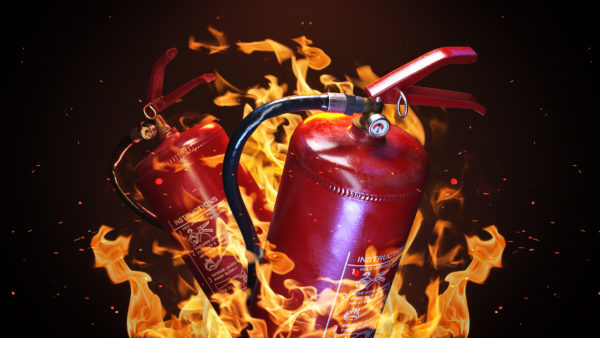 A criminal act has cost Best Care Emergency Medical Service (EMS) two ambulances, after they were petrol-bombed on Friday night.

Video footage of the incident was shared on the EMS’ Facebook page on Saturday.

One of the company’s posts revealed the perpetrators were thought to have been travelling in a white Renault Clio.

“The white Renault Clio was travelling in Mountain View. The vehicle was spotted at 20h26 in Van Rensburg Street, making a U-turn after the attack, and 20h29 in Denyssen Avenue, travelling west,” one of their posts read. 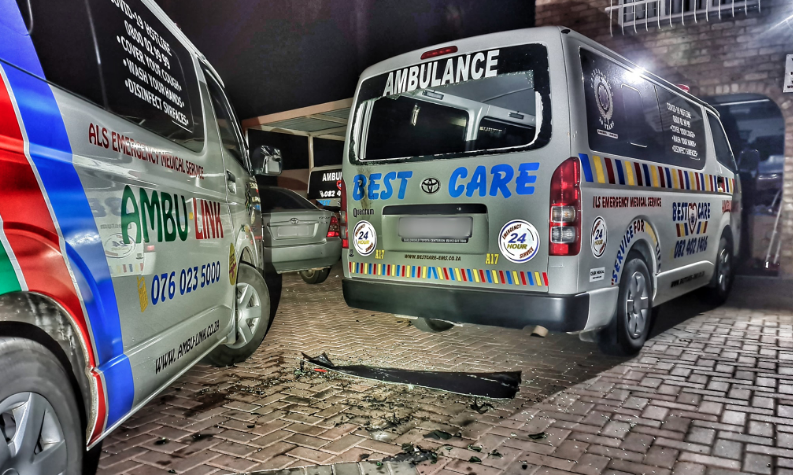 The remains of a Best Care ambulance that was petrol-bombed on Friday night. Photo: Facebook

Best Care has now offered a cash reward for any information that can lead to the arrest of the suspects.


In the video footage shared to their page, two men can be seen walking gingerly towards Best Care’s premises.

The men pause to peer over the fence, before one lights incendiary devices, and throws it over the wall.

The other man threw what was thought to be another bomb, but it was confirmed to be a rock.

They are then recorded making a run for it.

However, another post shared by the EMS company alludes to the attack having been more sinister than a random criminal incident.

Spokesperson Xander Loubser said he had met with the president of an unnamed biker’s club earlier in March. The man said he was tasked to “sabotage Best Care and Ambu-Link EMS for a period of 12 months”, allegedly by another emergency service.

Both companies are owned by the same people, and operate on the same premises.

Loubser asked the man to accompany him to the police station, which he allegedly refused. Loubser went to police regardless and made an official statement, the post read.

Best Care Emergency Medical Service would like to make the following known to the public:

Security has since been upped at Best Care’s offices to prevent another attack. Investigations are continuing, the company said.

Police said they were not aware of the incident.

TimesLive reported that Loubser said Best Care was working with private investigators to find out who committed the crimes.

Loubser confirmed a case of malicious damage had been opened with police, but that it seems “someone wants to sabotage us”.

He said biker associations have come forward after the attack volunteering their services to help find the perpetrator.

“We don’t care about the damages; we want to know what’s happening. Why would someone do something like this?

“We are now worried it will happen again. If we don’t show we have security they will come back. We want to prevent or delay a second attack to buy time to get to the root of the problem.”

He explained that the suspects “took their time”, with one throwing a rock and another throwing a petrol bomb. Loubser said they assumed this was to break the window of an ambulance to throw the petrol bomb into.

“Their aiming needs practice,” he added.

However, he said after the two suspects ran away, another man appeared in the company’s CCTV footage, walking past the scene with burning ambulances slowly.

Loubser said he did not stop to help, nor did he look in the direction of other ambulances. After a while, this man looked back three times, “to make sure there’s a fire.”

He said the attack was reminiscent of taxi wars, a disturbing development in the emergency services sector.

A sperm donation does not a father make, court tells Pretoria man
3 months ago
3 months ago

A sperm donation does not a father make, court tells Pretoria man
3 months ago
3 months ago