Still no mercy for ‘cabbage bandit’, despite public outcry

Fellow public veggie garden growers have lauded Joe Nkuna's actions, and that the 'hoo-ha' did not make sense. 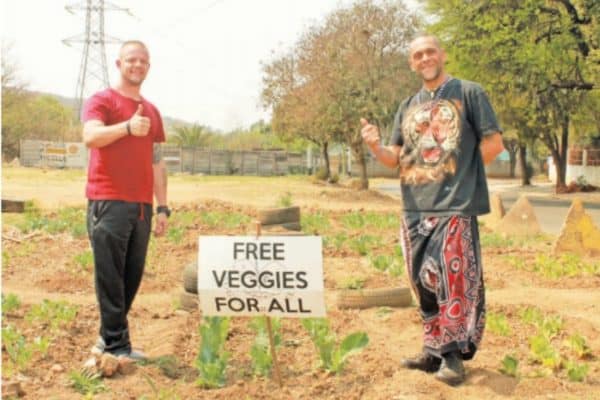 There will be no mercy for the self-proclaimed “cabbage bandit”, who has until next month to pay the fine issued for his street garden or face the consequences.

Senior Superintendent Isaac Mahamba, spokesperson for the Tshwane metro police department (TMPD) communication unit, said it was disappointing that Joe Nkuna did not take advantage of the City of Tshwane’s formal “adopt a spot” policy, where residents who wished to beautify public spaces could apply to the environmental department.

“TMPD officers routinely conduct inspections and respond to complaints, in line with their responsibilities to conduct by-law enforcement,” Mahmaba said.

ALSO READ: Cops ready to use full might of law to fight a cabbage patch

Mahamba said on 9 September, TMPD officers responded to a complaint about the use of a road reserve.

“They identified that Nkuna was utilising a public road reserve to grow an array of crops.

“Nkuna was issued a verbal warning and requested to comply with the regulations of the use of road reserves. He did not.”

Mahamba confirmed Nkuna was issued with a fine of R1 500 according to the Road Traffic Act 96 of 1996, as he was obstructing a sidewalk reserved for pedestrians.

Mahamba said Nkuna did not own this land and could not decide to use it for agricultural purposes.

“What is further alarming is that on his public Facebook posts, he has openly bragged about ‘grabbing’ land. This is deeply alarming because the City of Tshwane is actively trying to combat land invasions which violate the rights of citizens,” Mahamba added.

Mahamba said Nkuna had also told the media that he donated his produce, yet his social media activity indicated he sold it as well.

Mahamba said Nkuna has until October to pay his fine.

“If he fails to pay within the prescribed period, there is a date that he can appear in court to dispute the fine, which would be later in November,” he said.

“I think everybody should be planting their pavement full of vegetables for those who don’t have,” Krugel said.

“The good that a patch of vegetable does far exceeds the negative. If people can walk past and take something to pick food to eat, I think it’s awesome.

“I can’t believe there is such a big hoo-ha about it.”

Krugel said the gardens at Swa Vana’s centres fed needy children and they sent excess vegetables home with the most vulnerable.

Krugel started her vegetable garden more than 10 years ago. It is located at their centre and is now run by community members who work for the organisation.

Traditional healer AK iMphisi from First Takhosa in East Lynne said they had 64 patches of vegetables around the property that were free to the community.

“It’s for the people, for free, just to pick and take home and use,” AK said.

“We are looking into planting spices such as African ginger and turmeric,” AK added.

He said they had regular gogos who came and fetched vegetables early in the morning or in the afternoon to cook with.

With the help of the community, the patches were prepared about two months ago and were growing day by day as more people donated seedlings or came to collect excess plants.