Crime stats: This province has the most farm murders 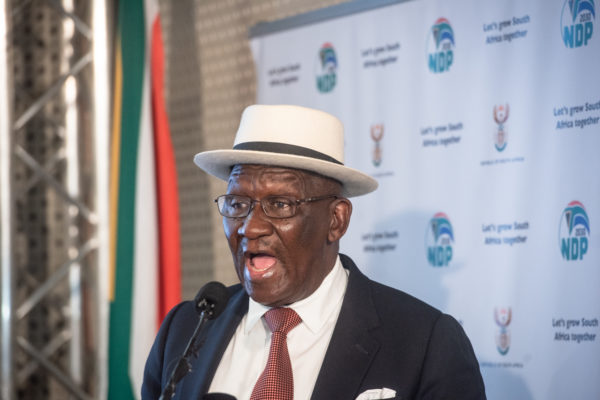 Police Minister Bheki Cele during the release of the crime statistics for the second quarter of 2021/2022 at GCIS, Pretoria, on 19 November 2021. Picture: Jacques Nelles

While revealing the crime statistics for the second quarter of 2021, Police Minister Bheki Cele said there was an increase of two farm murders compared to the same period last year.

The second quarter (Q2) crime statistics released on Friday are for the period from July to September 2021.

The crime stats showed that there were 15 murders on farms and smallholdings during this period. In the same months of the previous year, 13 murders were recorded.

The stats also showed that, between July and September, the farming community experienced three attempted murders, four robberies at residential premises, one assault with intent to do grievous bodily harm, and one case of stock theft.

Free State had the most farm murders during the three-month period, with seven incidents recorded. The Eastern Cape was second on the list with three murders.

Limpopo, the North West and the Western Cape recorded no farm murders between July and September.

The Q2 crime stats also showed a 20.7% increase in murders in South Africa.

KwaZulu-Natal and the Western Cape recorded the most murders nationally, while no region in Gauteng made it to the top 10 list.

The DA’s Shadow Minister of Police, Andrew Whitfield, said the sharp rise in murders is “the perfect reason to fire Cele”.

“These shameful statistics show that Saps is fighting a losing battle and present the perfect opportunity for President Cyril Ramaphosa to fire Minister Bheki Cele immediately. There is simply no good reason to keep Minister Cele in cabinet,” said Whitfield.

Whitfield is also concerned that murder is not the only crime that has increased during the three-month period.

“Crimes against women and children have seen a rapid rise, with child murders increasing by a shocking 31.7%. It is a catastrophic failure of the state that 105 people were raped every day,” he said.

Whitfield blamed the power struggles in the top echelons of the police for their failure to curb crime.

“Power struggles between those in the top ranks and the minister have hampered effective policing.

“Poor management and training, poor maintenance of vital equipment and widespread corruption within Saps have further hobbled and demoralised those officials trying to protect the country and all those living within its borders,” he added.

Crime stats: This is SA's current murder capital
2 weeks ago
2 weeks ago

We were hoping to see the mastermind in court, says Senzo Meyiwa's brother
1 month ago
1 month ago
PREMIUM!

Crime stats: This is SA's current murder capital
2 weeks ago
2 weeks ago

We were hoping to see the mastermind in court, says Senzo Meyiwa's brother
1 month ago
1 month ago
PREMIUM!