The suspect allegedly stole a police uniform at a sergeant's house when he went to repair the ceiling. 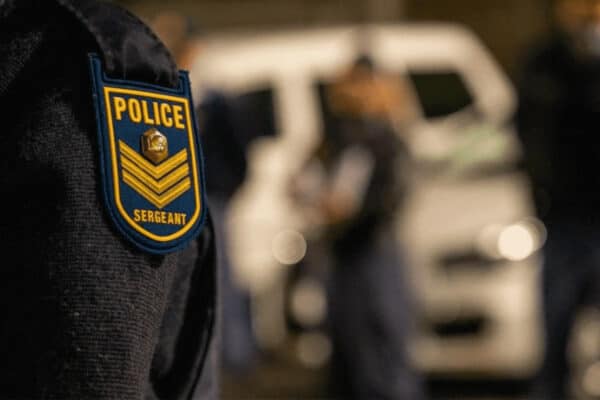 Police spokesperson Lieutenant Colonel Amanda Funani said the man was told by the baby’s father that he did not know the woman. Picture: Getty Images

A man who was arrested at the Jeppes Reef border gate in Mpumalanga last month donning full police uniform and allegedly robbing people has made his first court appearance.

The suspect was nabbed on 5 March when the South African Police Service (Saps) in Mpumalanga received information about a suspicious civilian man wearing a police uniform.

The tip further alleged that the 34-year-old was robbing people by the border near Tonga, demanding items from victims under the pretence of being a police sergeant.

“These suspicions activities were then reported to the police by a concern citizen and they (police) made a follow-up to the allegations,” said provincial police commissioner General Semakaleng Daphney Manamela.

Nkosingiphile Siyalu Mancoba is facing charges of impersonating the police, as well as for theft. After appearing in the Nkomazi Magistrate’s Court on Thursday, he was remanded in custody until 12 April for a formal bail application.

According to the police statement, during the arrest, Mancoba was found wearing police uniform with a female shirt, male trousers without a belt, a cap as well as ranks of a sergeant and brown shoes.

It is further reported that when they arrived at Schoemansdal Police Station, a female police officer recognised the suspect as a man whom she once hired to install ceiling at her house between February and March.

“Through the investigation, it was discovered that during the period he was hired by the member, he allegedly stole her police uniform (shirts).

“The probe by the police in this matter is still continuing in an effort to find out where he got the other items of the uniform,” Mnanamela further

“Given the recent incidents whereby members of the police were targeted by criminals for their tools of trade, this has made us to be more vigilant.

“We will deal strongly with those who take us for granted and we will never back down nor allow the situation to continue unabated,” said Mnamela.