WARNING: Video may be too graphic for sensitive viewers. Gauteng MEC of Education Panyaza Lesufi is on the hunt for a crèche employee after she was seen in a video repeatedly slapping a toddler, allegedly for vomiting. Unconfirmed reports said the creche was in Carletonville.

Attempts to reach the suspected creche were unsuccessful at the time of publication.

In the video, a woman can be seen slapping the child while asking her why she vomited. She also forces the child to clean up the vomit as she continues with the slapping.

Lesufi said: “Disgusting! I couldn’t even finish watching it! Team @Steve_Mabona @EducationGP let’s hunt this creche! I am [on] standby to pounce, just get details.”

The department said it was awaiting more information.

“Good morning MEC, we have requested details, we are waiting for details,” it said.

Radio personality Lerato Kganyago was also helping with the hunt and said she had made a few phone calls that would help trace the crèche.

Disgusting!!! I couldn’t even finish watching it! Team @Steve_Mabona @EducationGP let’s hunt this creche! I am standby to pounce just get details https://t.co/kkwWJDirY6

The video sparked the sharing of similar ones on social media showing the abuse suffered by toddlers at the hands of their care takers. The woman in one of the other videos that was shared was allegedly the same as the one who repeatedly slapped the toddler for vomiting.

Watch the video below at your own discretion:

The department of social development condemned the video and asked South Africans to help identify the creche in question.

It said: “The department of social development wishes to ask members of the public to identify the school and the caregiver who is seen forcing toddlers to clean their classroom while metting out the harshest punishment to the child. Anyone who has information please call the GBV Command Centre on 080 042 8428.”

.@The_DSD condemns the abuse of children and wish to ask members of the public to identify the Crèche and the care-giver who is seen forcing toddlers to clean their classroom while meeting out the harshest punishment to the child. pic.twitter.com/Af1Sz9c45z 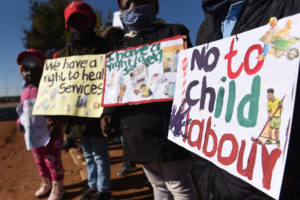 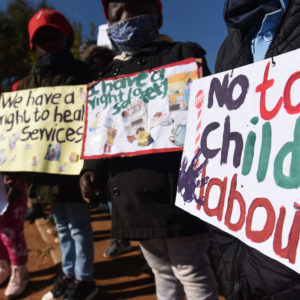 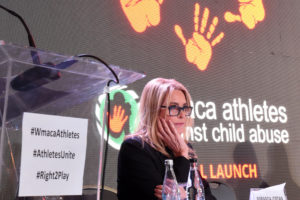 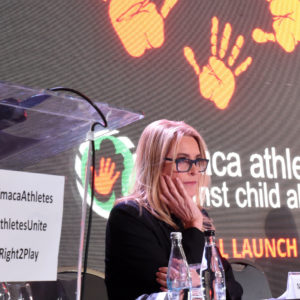 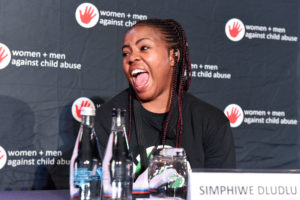 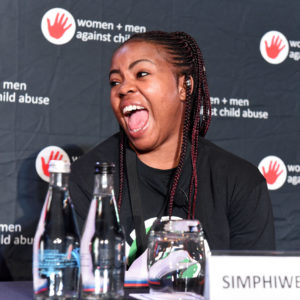