Another Gauteng school goes up in flames

The storeroom of Protea South Primary School Soweto caught fire around 5am on Friday morning. 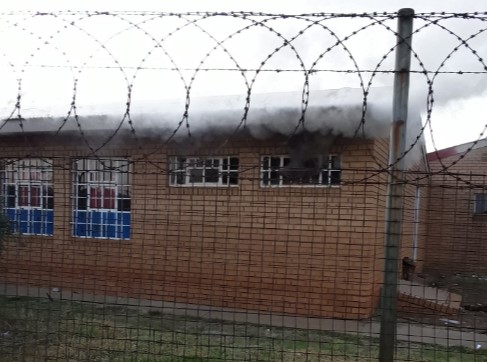 Another Gauteng school has been gutted by a fire, this time in Soweto, Johannesburg Emergency Management Services (EMS) have said.

The storeroom of Protea South Primary School Soweto caught fire around 5am on Friday morning. According to EMS spokesperson Nana Radebe, firefighters were called to the scene before 6am.

The fire at the Soweto school comes just two days after the administration block of Khutlo-Tharo Secondary School in Sebokeng was torched, hours before reopening for the 2020 academic year.

The fire at Protea South Primary School has been contained and emergency personnel were on the scene investigating what may have caused the blaze.

Speaking at Khutlo-Tharo Secondary on Tuesday, Lesufi told the media that the school had literally been broken into every week, News24 reported.

He said the school specialised in music and that musical instruments and textbooks had destroyed by the fire.