Eskom announced on Wednesday that it would implement stage 4 load shedding until Friday. 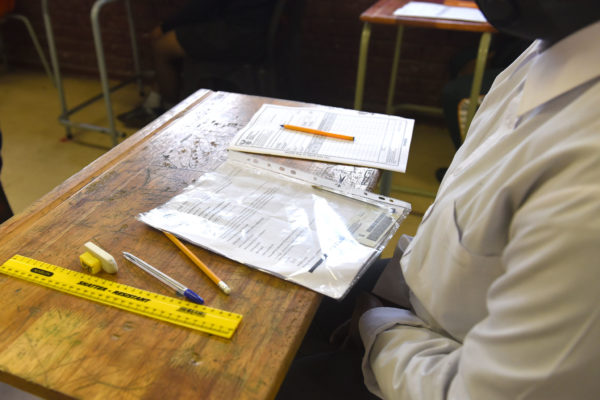 With Grade 12 pupils having started to write their matric exams today, many are wondering how load shedding will affect them.

This is after Eskom announced on Wednesday that it would implement stage 4 load shedding until 5am on Friday.

The power utility said this was due to a shortage of generation capacity and units tripping at several power stations including Medupi and Kusile power stations.

Meanwhile, there has been concerns over the potential impact load shedding could have on the National Senior Certificate (NSC) exams, as if the year hasn’t been stressful enough for matric pupils due to the Covid-19 pandemic.

The Department of Basic Education (DBE), however, has assured that load shedding will not affect the exams.

“Load shedding is a real concern, however, [it] does not affect the examinations itself as natural light is sufficient for writing. The only challenge is when our candidates are delayed and arrive late due to traffic change congestion resulting from the load shedding,” DBE spokesperson Elijah Mhlanga told IOL.

Mhlanga also said the department had already communicated with Eskom about its concerns.

“But there’s minimum impact of the power cuts on the matric examinations,” he added.

“Unfortunately, we face the looming threat of load shedding, which was implemented for a large part of last week. It is extremely disappointing that this has again reared its head just as the NSC practical tasks are set to begin.

“So significant is this risk that, despite the DBE engaging with Eskom in the hope of preventing power-supply disruption this year, it has taken the precautionary step of scheduling a rewrite of these practical exams into the matric exam calendar,” the MEC said in a statement.

Schäfer added that the provincial department would also be prepared, with standard procedures, in the event of a power-supply disruption.

“I appeal to Eskom to do everything it can to prevent disruption to power, not only during these practical exams but also during the exam sittings from 27 October onwards. Back-up procedures are all very well, but they are disruptive to learners, so we would rather avoid having to use them,” she added.

A total of 897,786 candidates will sit for their NSC exams at 6,326 public, 526 independent and 326 designated examination centres across the country.

Basic Education Minister Angie Motshekga has since assured the public that the department has done extensive work to combat matric exam paper leaks.

“We have done all we could possibly do so if they happen it could be very sad. We really went back, we had auditing teams traveling to provinces to see if there are no risks, they came back with a report to say they think provinces have placed all the necessary measures to protect the papers, so we hope it won’t happen again,” the Minister said.

Last year, mathematics paper 2 and physical sciences paper 2 were leaked to pupils hours before being written.

While the Government Printing Works (GPW) was identified as the source of the leak, a 31-year-old man was arrested in connection with the matter.

Themba Daniel Shikwambana was released on R1,000 bail in December 2020.

Shikwambana worked at a Johannesburg-based company that the department had contracted to print the 2020 matric exam papers.

READ NEXT: Too late for Eskom to try and fix old power stations, says expert