The ANC president was campaigning in Seshego, Malema's home township, on Tuesday. 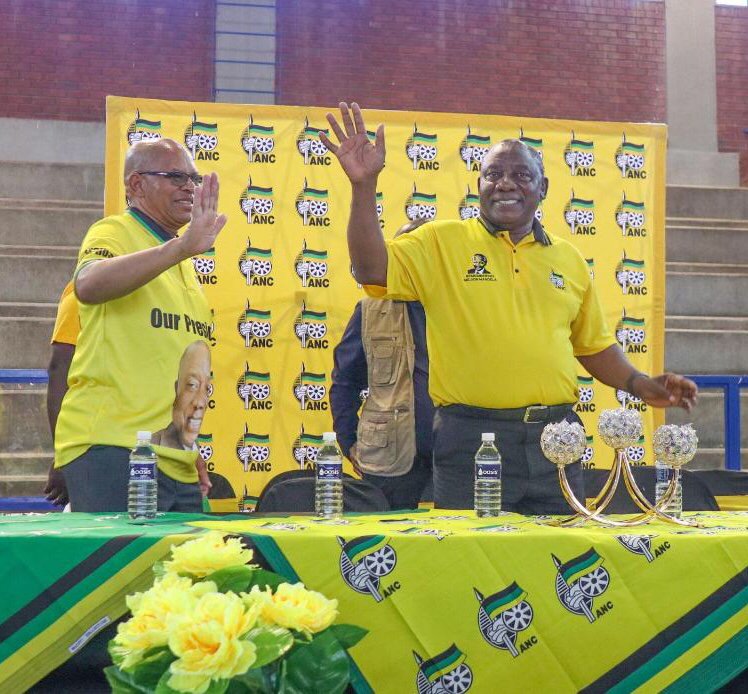 Cyril Ramaphosa on the campaign trail in Limpopo. Picture: Twitter/ANC

President Cyril Ramaphosa was in EFF leader Julius Malema’s back yard of Seshego in Limpopo on Tuesday at the Ngoako Ramatlhodi Stadium, campaigning for the ANC.

He told supporters that those in smaller parties would see for themselves when the ANC regained a majority post elections.

“It is the ANC that will show people that it has the know-how” to run the country, he said, adding that only the ANC had the experience of running South Africa.

Without naming them, he alluded to the EFF as a “smallanyana party” that refers to itself as a “government in waiting”, though Ramaphosa suggested such a view was ridiculous. He said the only government-in-waiting remained the ANC, and they would return to power with even an “increased majority”.

ANC President Comrade @CyrilRamaphosa speaks to the elderly of Seshego in Ngoako Ramahlodi Stadium on the ANC plan to service them and to #GrowSouthAfrica #ThumaMina #VoteANC pic.twitter.com/QWBRmWpDlO

He said he was happy to be in the Polokwane area.

“I see this as a sign of respect to have an opportunity to engage with the chief and the elderly under the same roof,” he told supporters.

“When we look at our history we see a history that was riddled with oppression from the apartheid regime. When we look at the past 25 years into democracy we see the change the ANC has brought to the people of the country. Whether we like it or not, our lives are so much better.

He said government had to set money aside for the development of those younger than 18.

Ramaphosa’s Limpopo visit follows that of former president Jacob Zuma, who was rallying support for the ANC in KwaZulu-Natal on Monday.