The former DA MP is continuing her crusade against fake news despite reports that she's supposedly migrated to Norway. 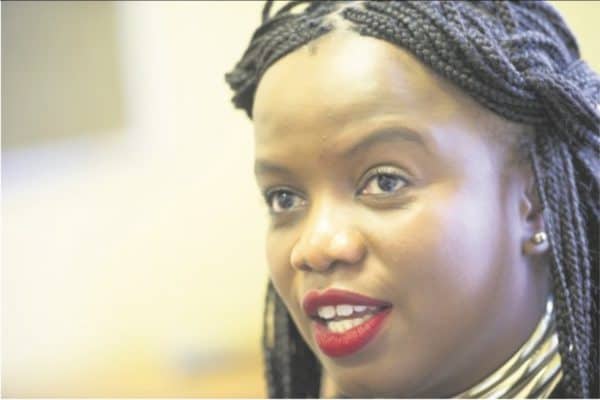 Weeks after a public fallout with her former party, the Democratic Alliance, former MP Phumzile Van Damme was announced last week as a partner to the 2021 Local Government Election Anti-Disinformation Project, which launched in anticipation of local government elections at the end of October.

Thanks to a Constitutional Court order on Friday, it has now been confirmed that elections will indeed be going ahead within the prescripts of the Constitution’s time parameters.

Van Damme recently went public on social media about her unhappiness at the DA not wishing to take on social media giant Facebook for its alleged role in the spread of disinformation after it pulled out of a parliamentary meeting at short notice.

According to communication Van Damme shared that had occurred between her and party chief whip Natasha Mazzone, the DA had been more concerned about losing the goodwill of Facebook because of the huge role it plays for the party in publicising itself and reaching voters.

Van Damme also hit out at DA leader John Steenhuisen, claiming the Facebook matter had been central to her decision to quit the DA, and not a decision to “migrate to Norway” with her husband, as Steenhuisen and the party claimed, with screenshots allegedly from her to confirm this.

Van Damme has long been associated with fighting disinformation and was at the forefront of the campaign against the UK’s now discredited and defunct PR firm Bell Pottinger, which was accused of spreading racial disunity in South Africa in service to the Gupta family and the Radical Economic Transformation grouping in the ANC.

What is the project?

In addition to Van Damme, the project’s partners were announced as: Right2Know; Code For Africa; Superlinear; Dr David Rosenstein; and WITNESS.

In a press release, they said these partners would maintain their independence and, on a voluntary basis, “collaborate to tackle disinformation in the lead-up to the elections”.

The project would have three components:

Advocacy focusing on Big Tech, PR firms and the use of video technology to expose human rights abuses and combat disinformation; and

Behavioural Science aimed at understanding the believability of disinformation in South Africa.

Spokesperson Nick Cowen said that over the past few months, the project’s partners had collaborated to build a collaborative network that combined data science, tech tools, behavioural science, media and social analysis, fact-checking and civic education.

“The project is in no way intended to infringe on the rights of South Africans to express their views freely online. Upholding the right to freedom of expression is a core tenet of the project.

“We will carefully monitor and advocate against any attempts of censorship, particularly by the government. There has been a concerning clampdown on social media by African leaders – ‘digital authoritarianism’. In June 2021, Nigerian President Muhammadu Buhari announced the indefinite suspension of Twitter after the platform deleted one of his tweets and temporarily suspended his account. In the same month, the eSwatini government temporarily blocked access to the internet to silent pro-democracy protests in the country. An election-related example of censorship and digital authoritarianism happened in Uganda in January 2021. The government ordered a social media ban ahead of its presidential election after Facebook removed 220 fake accounts linked to its Ministry of Information and Communications Technology.”

He said that in its first phase, the project would focus on public education about disinformation and misinformation in its nature, identifying it and its associated terms.

Many more initiatives would be announced in coming weeks, and disinformation or influence operations detected.

The project would compile its findings into a final report.

They pointed out that Covid-19 had created what the World Health Organisation called an “infodemic”: an overload of information, disinformation and misinformation in digital and physical environments during a disease outbreak.

They also spoke about the “deadly consequences” of information and misinformation, with the example of the riots in July estimated to have resulted in the deaths of 337 people.

“In eThekwini alone, it is estimated to have caused 129,000 jobs losses and over R16 billion in damages to property.

“For democracy, the effects of online disinformation and misinformation have been identified by experts as a major threat to democracy.

“During an election season, disinformation is often spread to skew public discourse and manipulate voters.

“For an election to be free and fair, voters need to have accurate information about parties, candidates and other factors in order to inform their voting decisions. For this to happen, disinformation needs to be removed from the equation. While South Africa’s Independent Electoral Commission Code of Conduct prohibits political parties from publishing false information, this does not necessarily mean that this is followed.

“Of equal importance, election strategies and messaging that use disinformation to pit South Africa’s racial groups against each other damage public discourse, create tensions, and have the potential to cause race-based violence.

“Similarly, those who campaign on disinformation-laden messaging about foreign nationals also create the potential for xenophobic violence, which would not be unprecedented in South Africa.

“Disinformation-fuelled election violence is a real threat to the South African election. There have been recent examples on the African continent. Ahead of the Central African Republic elections in December 2020, rival French and Russian disinformation campaigns are alleged to have sought to deceive and influence internet users in the country. The disinformation is said to have increased tensions in the country, leading to mistrust about the election’s outcome, leading to a surge of violence. In Ethiopia, killing a human rights activist in June 2020 led to ethnic conflict stoked by disinformation and incitement to violence. It ultimately led to what is now a war in the Tigran region of the country, which continues today.

“The rights to freedom of expression, association, political participation, life, privacy, thought, and others must be upheld and protected.

“Hate Speech and disinformation are a threat to these rights.”

They urged all South Africans to join them as “we cannot sit on our hands and wait for someone to save us. The responsibility is ours.”