ActionSA has set itself six priorities for fixing local government that include, among others, free basic services. 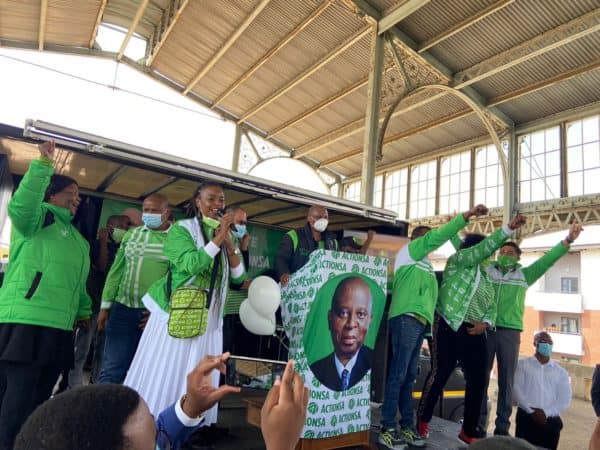 The new political entrants have set their sights on contesting municipalities in Gauteng’s Johannesburg, Tshwane and Ekurhuleni. In KwaZulu-Natal, the party is vying for power in eThekwini, Newcastle and KwaDukuza.

Mashaba told thousands of his party’s supporters that ActionSA would show South Africans that failing governments can be removed and replaced in these municipalities, and that services can be delivered to all citizens.

Mashaba is standing as ActionSA’s mayoral candidate for the City of Johannesburg after his three-year stint as the metro’s mayor for the Democratic Alliance (DA).

ActionSA has set itself six priorities for fixing local government that include, among others, quality and reliable service delivery, appointing ethical and competent officials, safety and security, as well as addressing illegal immigration.

Here is a brief summary of ActionSA’s elections manifesto:

On the financial challenges plaguing most municipalities, ActionSA is promising voters to actively work towards achieving unqualified audits through sound financial management practices.

“We will ensure residents receive accurate bills and improve the ease of making payments. When queries do arise, we will ensure they are dealt with efficiently.”

Auditor-General Tsakani Maluleke revealed in July only 27 municipalities out of 257 nationwide had received clean audits in the 2019-2020 municipal audit outcomes report.

When it comes to other service delivery-related issues, ActionSA has promised indigent households their allocation of free basic services would be “as generous as possible”.

The party said it would lobby national government for a greater share of the national revenue to provide free basic services sustainably.

The party has promised the electorate improved access to social services in lower-income areas such as clinics, libraries and recreational facilities. This also included extended operating hours at municipal facilities.

“We will launch paid internships for recent university graduates in fields such as chartered accounting, engineering, financial management, law, and public management.

“These internships will provide the opportunity for young graduates to gain meaningful employment experience and
contribute to the professionalisation of the public sector.”

When it comes to law enforcement, the party promised to work with the Department of Home Affairs and police to combat illegal immigration.

“We will work with the Department of Home Affairs and the South African Police Service to combat illegal immigration while ensuring that legitimate asylum-seekers, refugees, and skilled migrants can legally and fully enjoy access to municipal services.”