'Our manifesto is based on many observations that we have made about the state of local government in South Africa,' said EFF leader Julius Malema. 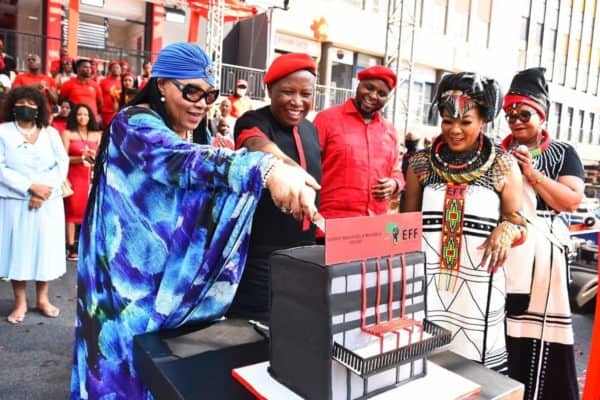 During the Economic Freedom Fighters’ (EFF) manifesto launch on Sunday, leader Julius Malema did not hold back in emphasising the party’s capabilities of picking up the slack of what he called the current “incapable” local government.

“Our manifesto is based on many observations that we have made about the state of local government in South Africa,” Malema said to a sea of red supporters at Ghandi Square in Johannesburg.

This included people being landless, jobless, without access to water, sanitation, electricity or quality primary healthcare.

The party vowed to create jobs for the youth instead of giving tenders “to the connected few”.

“It is on this basis that we make the clarion call here on the 26th of September 2021 that we want our land and jobs manje! We demand land and jobs namhlanje!”

The party’s manifesto is based on seven pillars for economic freedom, Malema continued.

These are the nationalisation of strategic economic sectors, without compensation, the expropriation of land without compensation, building state and government capacity, to abolish tenders, free and quality education, healthcare, houses and sanitation, protected industrial development to create sustainable jobs, developing the African economy, and fostering an accountable, corrupt-free government and society.

The EFF was formed in 2013, and describes itself as “an anti-imperialist and leftist movement with an internationalist outlook anchored by popular grassroots formations and struggles.”

The EFF also launched its new headquarters which have been named after the late Winnie Madikizela-Mandela.

Her daughter Zenani Mandela-Dlamini was present at the launch and even joined the party’s leader in the ribbon-cutting.

The party declared her the first “woman president we never had” and promised to keep her legacy alive.

READ NEXT: EFF rejects return of Afrikaans at Unisa ‘with contempt’, asks for Swahili instruction