Explainer: What is a hung council, and what does it mean for voters?

If the past week's elections coverage has you scratching your head, wondering "what is a hung council?", we've got you covered. 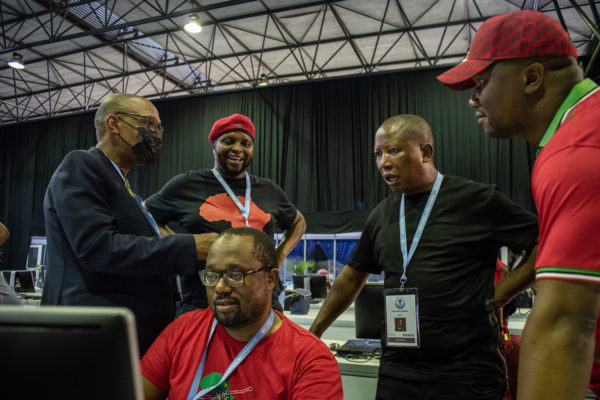 Two phrases on everyone’s lips for the past few days have been “hung councils” and “coalition governments”.

The latter is something most readers would be familiar with, especially if they have had to endure the tragedies that were the Nelson Mandela Bay, Johannesburg, and Tshwane Metro municipalities over the past few years.

The former has become a hot topic, since the past local government elections have produced a record number of hung councils.

So what exactly is a hung council?

The phrase simply means that none of the parties competing in the election managed to secure an outright majority. In other word’s no one has over 50% of the votes.

Also Read: Tshwane likely to have another DA-led coalition as parties try to block ANC-EFF union

An outright majority would allow for a party to govern on their own. Failure to do so means parties have to strike deals, in order to form coalitions which would govern said municipalities. This means plenty of horse trading on policies in order to secure support from smaller parties.

At present more than 30% of the country’s municipalities are hung. This is more than double the number of the 2016 Local Government Elections.

What does it all mean?

As was the case in Tshwane, Johannesburg, and Nelson Mandela Bay after 2016, coalitions form by having smaller parties throw their weight behind those with more seats, in exchange for some concessions.

In Johannesburg it looks like ActionSA will be the kingmakers this time around, after having secured a respectable 16% of the vote in only their first elections. This gives them 44 seats in the council, compared to the EFF’s 29, making them the third biggest party in the metro.

Also Read: Coalitions: Malema says DA, FF Plus are racist for refusing to work with EFF

Having already made it clear that they won’t work with the ANC, it will be interesting to see how ActionSA use their numbers.

Most of the country’s big metros are in similar predicaments, with only Mangaung and the City of Cape Town managing to give outright majorities to the ANC and DA respectively.

Also Read: Local election results show ANC can be ousted in the next polls, says Steenhuisen