Political Party Funding Act: ‘We are seeking to cure what is being exposed before Zondo’

While the DA called some provisions of the act 'onerous', 'impractical' and 'ultra vires', Cosatu called some of those very provisions 'progressive'. 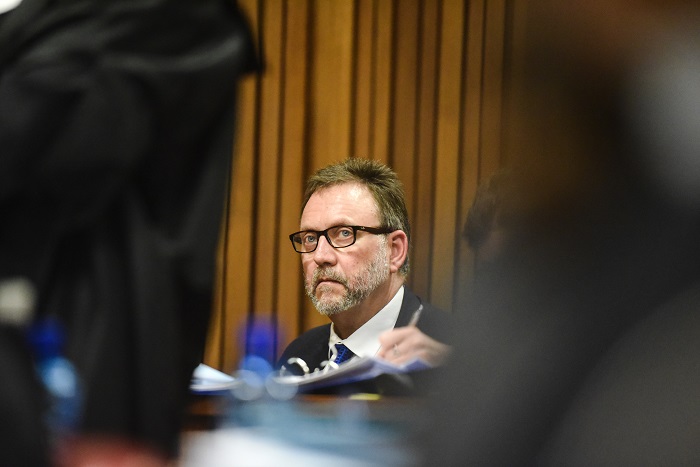 On the first day of the public hearings into the draft regulations of the Political Party Funding Act, clear lines were drawn in the sand – seemingly along ideological lines – with political formations on either side of the spectrum disagreeing on how the act might best prevent corruption and state capture.

While the DA called some provisions of the act “onerous”, “impractical” and ” ultra vires “, Cosatu called some of those very provisions “progressive”, arguing their scope should be expanded in direct contrast to the DA’s submissions.

DA federal executive chairperson and MP James Selfe and fellow MP and party member Alfred Lees had made submissions on the party’s behalf.

Selfe said: “… while it was desirable for political parties to disclose their donors, this ought to be related to the purpose of the legislation. What we are seeking to cure is what is being exposed before the Zondo commission – the phenomenon that political parties can be ‘bought’ and their policies determined by large donors.

“So, it was really large donors that the legislation sought to regulate and disclose. It was for that reason that item 9 of schedule 2 sets the threshold in terms of section 9(1)(a) of the act at R100,000. The implication of that is that it is very difficult to ‘buy’ a political party for an amount of less than R100,000 and that any donor who gives more than R100,000 is a large donor.”

These donations should be disclosed to the commission and complying with this, it was submitted, would be no problem, said Selfe.

However, he continued, the party’s issue lay with “… the implementation of section 12(3)(c). In terms of section 12, an auditor [who must be registered] must perform an audit of the books of a political party and needs to express an opinion on the financial statements, including donations of under R100,000”.

“Our understanding was always that those donors could enjoy anonymity if they so desired,” he said.

The regulations that govern section 12(3)(c) requires a political party to give the details of every donor, his/her identity number, contact details, amount and date of donation and requires that this be accompanied by bank statements showing the deposit of these donations.

“With the greatest respect, this is simply ultra vires [beyond legal] the act,” said Selfe.

“This is the function of the auditor and will place an unnecessary and costly burden on the commission.”

Matthew Parks, Cosatu’s parliamentary co-ordinator, submitted, on behalf of the trade union federation and its members, that “politically, we support the act and regulations”.

“In the climate of corruption and state capture it is a well-received intervention by parliament,” he said.

Cosatu does, however, oppose aspects of section 9 of the act.

“We are very worried, chair, that the R100,000 donation threshold for disclosures, it can potentially collapse the progressive objectives of the act. You don’t need to be a rocket scientist, chair, to simply donate R99,000 and circumvent the system,” said Parks.

“It would be easier for political parties to simply file [their] entire [monthly] bank statement, whether its R1 or R100,000 or R1m. Asking parties now to sift out the below R100,000 [donations] is more work. Politically, it has opened a loophole for people with wrong intentions to circumvent the system.

“Cosatu is thus calling for section 9(1)(a) and its consequential references in section 24 and schedule 2 of the act to simply be deleted. There must be no threshold below which donations do not need to be disclosed to the commission,” he said.

The public hearings will continue on Friday.