'It is of utmost importance that we get the N2 Express buses back on the road as soon as possible,' Transport MMC Felicity Purchase said. 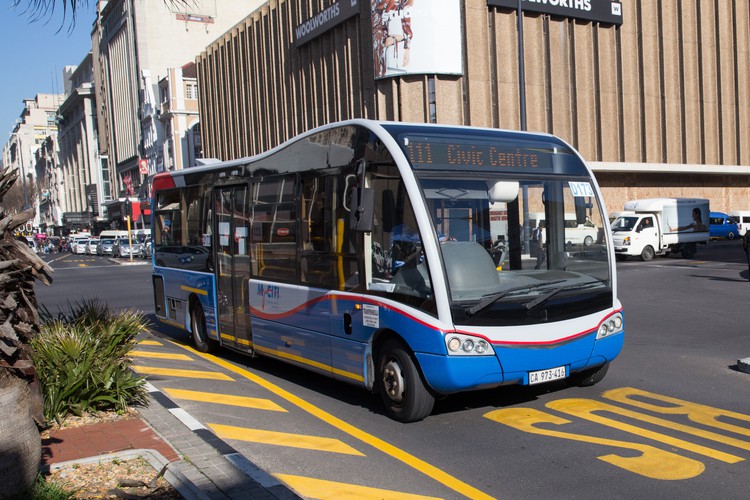 Commuters from Khayelitsha to Cape Town say the suspension of the N2 Express service has left them out of pocket. Photo: Ashraf Hendricks

Commuters who use Cape Town’s MyCiTi N2 Express will have to wait until at least December after the municipality announced this week that it would be putting out a request for quotations for an interim service provider to run the stalled route.

The N2 Express service has not been operating for several weeks due to an unresolved contractual problem between the City and the shareholders of the route, which includes two taxi associations and the Golden Arrow Bus Service (GABS).

This Saturday, the City is expected to advertise a request for quotations, inviting vehicle-operating companies to submit bids to run the service between Mitchells Plain and Khayelitsha, and the Cape Town CBD for an interim period.

The successful bidder will operate the four N2 Express routes until a permanent vehicle-operating company is appointed for five years.

“It is of utmost importance that we get the N2 Express buses back on the road as soon as possible,” Transport MMC Felicity Purchase said in a statement on Thursday.

If all goes well, the interim operator will be appointed by the end of November and services will resume in December.

The City will also start the process of appointing an operator for the route for five years.

She said GABS and Route 6 Taxi Association confirmed in writing that they were willing to resume the service, but Codeta wanted a new arrangement and the City could not wait any longer.

The City had set Saturday, September 28, as the deadline for a solution.

However, Codeta has accused the City of jumping the gun, saying the deadline to solve the problem was Saturday – the same day the request for quotations for an interim operator would be advertised.

In a statement, Codeta said it was being made out to be the bad guy in the situation.

It said that it had raised concerns about alleged irregularities which it said had been brought to the attention of the police.

“Ms Purchase has once more taken to the media with an ill-conceived statement regarding the resumption of the N2 Express service and to villainise Codeta for what she termed effectively scuppering the joint venture,” Codeta said.

Codeta said, in their view, Purchase was mischaracterising the nature of the problems which resulted in the suspension of the N2 Express service.

“The City, the mayor, parties from the National Department of Transport and [Transport] MEC [Bongani] Madikizela alike have publicly acknowledged the irregularities which persisted under the N2 Express contract, and yet the City as the transport authority seeks to perpetuate the same irregularities over another interim term,” said Codeta.

It said the impasse was not a “petty squabble” but involved serious issues which have been raised since 2017.

Codeta said negotiations with the national Department of Transport were ongoing and that proposed nominations for caretakers were submitted to the department on Friday.

It also felt that various departments involved in the impasse were “misaligned”.

As far as Codeta was concerned, the process with the national government was carrying on and they do not understand where Purchase got the authority to issue the notice for a request for proposals.

Codeta also felt that taxi operators who were supposed to be empowered by the MyCiTi project were being pushed out.