Public Works Minister Patricia de Lille had promised a clean sweep in her department when she took up the post. 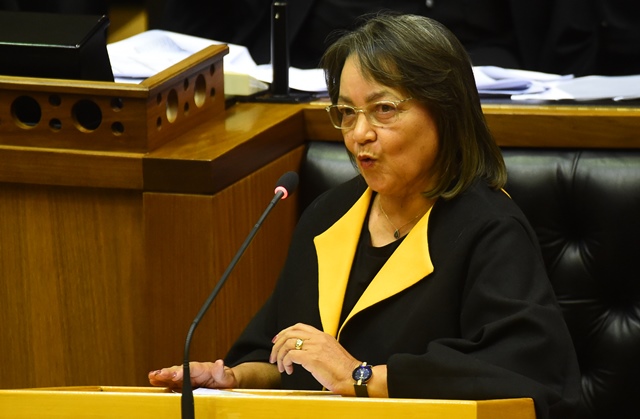 The sister of Public Works Minister Patricia de Lille, Cynthia Jeffreys, has resigned from the department as an assistant appointment secretary, a parliamentary reply revealed on Monday.

“She has since resigned from her position stating ethical reasons,” De Lille said in a written reply to a parliamentary question by DA MP Samantha Graham-Maré.

Graham had asked De Lille for confirmation of the appointment, what the official job title was, whether proper processes were followed, how many other applications were received, whether she had the required skills and competencies, and what the relationship between the two was.

De Lille replied Jeffreys was a relative and proper processes were followed in terms of the Public Service Regulations.

“No applications were received for the position as the appointment of the specified person was done without advertising as provided for in Regulation 66, Sub-regulation (2) of the Public Service Regulations, 2016,” she said.

Jeffreys was appointed with a relaxation of qualifications in terms of the same act and subjected to an interview process to determine her suitability for the position, according to the reply.

“The delegation to approve lies with the director-general. Relaxation of inherent requirements [qualifications] is a standard practice in the public service.”

Jeffreys was said to have 14 years’ experience as a secretary, receptionist and administrator.

De Lille stated staff were hired based on merit and experience.

“It is not a requirement for HR recruitment to establish whether candidates are related to any of those already in employment.”

On Monday, De Lille’s spokesperson, Zara Nicholson, told News24 Jeffrey’s resignation “was a result of her own introspection”.

“She was also assisting for three months in the minister’s office while the office was busy recruiting staff as [she] has parliament secretarial experience, having worked for the DA before.”

In August, HeraldLive reported Public Protector Busisiwe Mkhwebane was investigating De Lille for, among other things, allegations of nepotism after receiving a complaint about the hiring of Jeffreys.

At the time, De Lille told the publication she was convinced those who had complained were corrupt elements in the department she was dealing with, and they knew the law was after them.

The minister had promised a clean sweep in her department when she took up the post after being a surprise pick in President Cyril Ramaphosa’s new Cabinet.

City Press previously reported De Lille had put her foot down with new requests from ministers over new furniture for offices, ministerial homes or parliamentary villages. 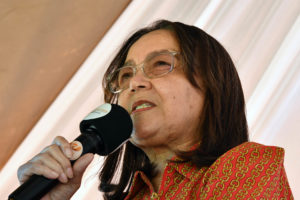 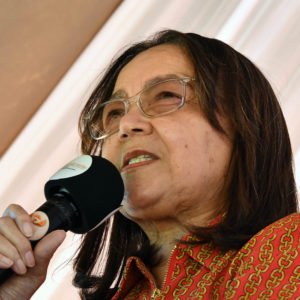