‘They don’t know how to cope with this’ – Prof Ivan Turok on local govt, backyard dwellings

He says key lessons from the international community showed that a strong plan was not merely preparing technically and forcing implementation through regulations and system. 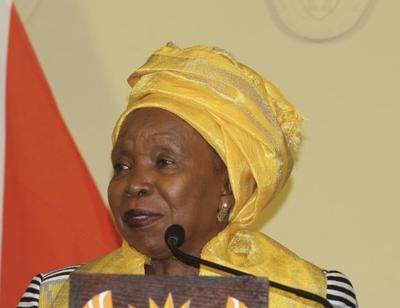 South African municipalities are too reactionary and are not at the forefront when it comes to township spatial planning.

This was the assessment Professor Ivan Turok of the Human Sciences Research Council presented to delegates at a dialogue former president Kgalema Motlanthe’s foundation hosted in the Drakensberg on Saturday.

Turok said effective planning was a vital part of local government and criticised South Africa’s municipalities for focusing their planning systems around already developed suburbs instead of townships where backyard dwellings have presented various new opportunities and challenges.

“Housing and human development tend to be seen in a pigeon-hole of social development as a sphere of consumption, not really part of the economy,” said Turok.

He said key lessons from the international community showed that a strong plan was not merely preparing technically and forcing implementation through regulations and system.

It was about building commitment to action, engaging stakeholders, flexibility and learning from experience.

Using numerous townships, including Johannesburg’s Diepsloot and Cape Town’s Joe Slovo and Masiphumelele, he said it was clear that planners had no idea what was happening on the ground.

“We’ve got a crazy situation going on in our country at the moment, in our cities, where serious protests, like in Alexandra, serious frustrations about the lack of land, leading to invasions, leading to land grabs, the EFF taking advantage of this opportunistically,” said Turok.

He said it was exacerbated by a struggling construction industry experiencing a “meltdown” in which the value chain is bound by mass job losses and key companies going bankrupt.

Highlighting the phenomenon of backyard dwellings, he said the census and the Gauteng City-Region Observatory noted their dramatic growth with the latter reflecting a 200% growth between 2001 and 2016.

“This phenomenon has obvious negative effects of crowding, overburdened infrastructure, of fire hazards[ and] no revenue generated for the city,” he said.

But there were many other positives, which included creating an affordable rental housing market.

An affordable rental market helped to accommodate people who were moving to the city but who didn’t want to pour all their resources into assets.

It also served as an entry point for people moving from rural areas to the city.

Turok said this allowed a bottom-up approach to the building of the economy, which municipalities failed to benefit from by harnessing communities’ energy.

“When they react to this, they don’t know how to cope with this,” he said.

“They are not present in this process [and] need to be engaged much more actively to shape this process. Limit the negative effects to promote the positive. Build the skills rather than putting out fires,” he said.

It was reported that Cooperative Governance and Traditional Affairs (Cogta) Minister, Nkosazana Dlamini Zuma said at the same event that corruption and infighting at local government level can be blamed for the lack of skills and opportunities in municipalities.