Service delivery: Those who do not perform will be removed – Ramaphosa

Ramaphosa was in Durban this week together with a number of senior ANC politicians and ministers touting his flagship district development model. 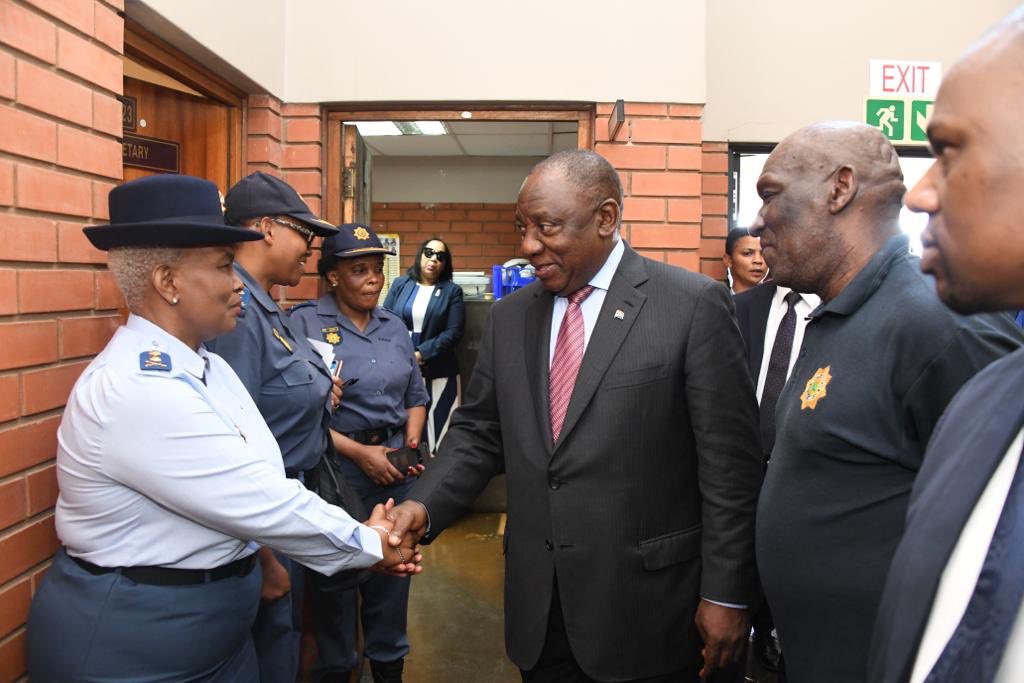 President Cyril Ramaphosa with Police Minister Bheki Cele to his right during the visit at the Inanda Police Station on Friday. Picture: @PresidencyZA

President Cyril Ramaphosa has called for action through implementation in the government, saying civil servants and politicians who do not fall in line will be removed from office.

Ramaphosa was in Durban this week together with a number of senior ANC politicians and ministers touting his flagship district development model.

The model aims to accelerate, align and integrate service delivery under a single development plan per district or metro that is developed jointly by the national, provincial and local government as well as business, labour and community in each district.

Ramaphosa was clear in his message at the Magogo Stadium in KwaMashu, where he launched the model in the eThekwini Metro.

“Implementation has to be the order of the day. Our people are tired, they now want action. This model is about action and nothing else.

“Those who are not prepared to act and implement, they must step aside and let those who want to do the work get on with it.”

He said the model would ensure that each sphere of the government and society worked together.

“In everything we do, we have to collaborate, we have to depend on one another. We have a great opportunity to implement our national development plan [NDP]. If there ever was a time to implement the NDP or address it, this is the time.”

Ramaphosa said implementation was the new order of the day.

“In the end, implementation has to be there. In this new way of working, we are now going to be evaluated on our performance.”

He said those who would not perform and refused to step down from office would be removed.

“If you don’t step aside, you will be removed, I say that because it is the only way we will move as [the] government.”

Ramaphosa said the model was meant to create a cohesive working government.

“We were facing, as [the] government, challenges of working in silos and a non-integrated manner. We are making it one system, one wholesome model.”

He added he intended taking the plan to all 52 districts in the country and all metros.

“We will be monitoring everyone according to a plan. We are really going to work. Where we need development, this will help us work together better. It is going to be a fully integrated way of working.”