Mbalula spells out his mission to modernise Prasa

He said service providers have been appointed and billions of rand invested to safeguard train commuters and prevent crime. 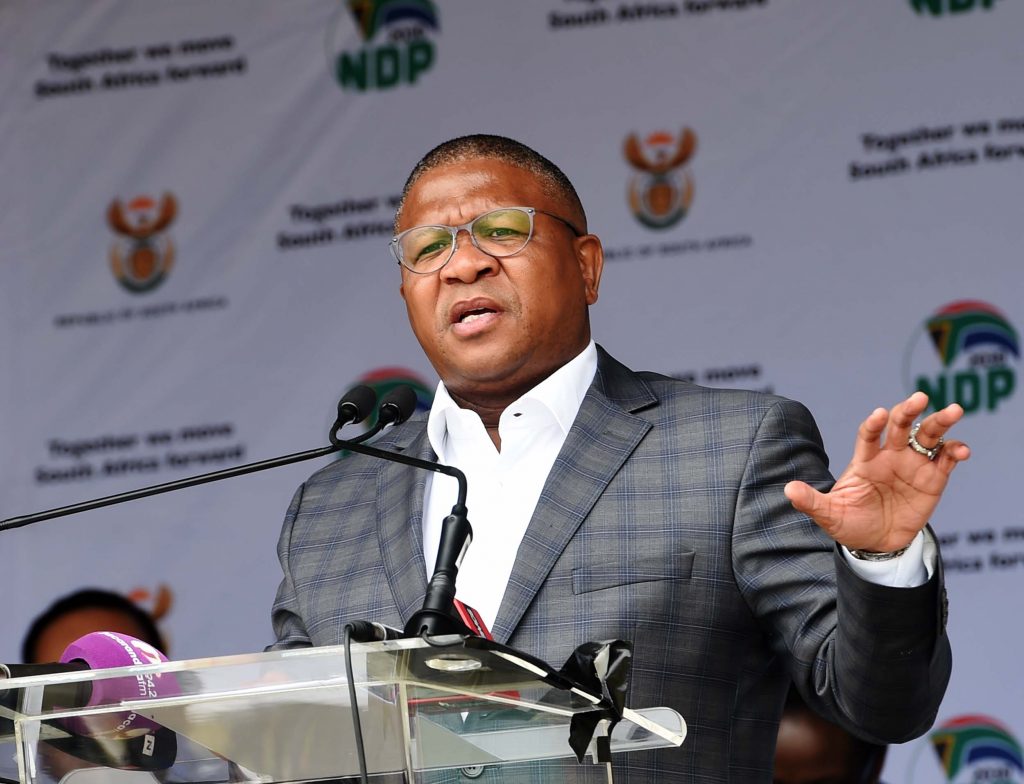 Amid high levels of train commuter dissatisfaction, Transport Minister Fikile Mbalula says his intervention mechanism, the war room, has made good progress to turn this around.

The war room was established to monitor progress and implement solutions on Passenger Rail Agency of South Africa’s (Prasa) 100-day commitment to improving the service, safety and security of the rail agency as well as its capitalisation.

While attempts have been made to turn the agency around in the past three years, the 100-day commitment aims to give this process the spark it needs.

Speaking at Prasa’s headquarters in Johannesburg, Mbalula painted a comprehensive picture of the progress the war room had made.

He said while vital steps have been taken to achieve its goals, it was still not enough.

“Indeed, a lot of progress has been made since the inception of the war room, but we are not where we want to be. Many challenges remain, which we continue to unlock, but I am encouraged that serious effort will be put into resolving this.”

Mbalula said progress had been made on time performance, internal inefficiencies as well as safety and security, among other factors.

ALSO READ: Mbalula sings praises of electric cars after Jaguar loans him one

“The most important measure for us to claim success is a reliable service that gets people to their workplaces on time, and where our people can travel on our trains safely,” he added.

Improvements have been made on Metrorail’s on-time performance, Mbalula said, and Prasa was on its way to meet its target of 85%.

“The morning peak at the start of the war room was 49% and by the end of the last week, on-time performance had increased to 60%. The afternoon peak, on the other hand, increased from 55% to 63%.”

A goal has been set to roll out 164 train sets by December 31, 2019 – which have been rolled out in Gauteng, KwaZulu-Natal and the Eastern Cape – but the Western Cape, although on track, saw a drop in train sets due to derailment and arson, among others.

Mbalula added service providers have been appointed and billions of rand invested to safeguard commuters and crime prevention.

“The security of passengers, workers and assets remains at the core of our interventions and a source of serious concern.

“This is one of the areas where we need to redouble our efforts to ensure that those who use our services are free from harm. While the work done by Prasa in addressing security gaps is encouraging, we need to accelerate our interventions.”

Mbalula said new technology would aid it in achieving this goal.

“A technology system to monitor, detect, and proactively prevent criminal conduct and vandalism of the rail network, infrastructure, assets, and facilities has been approved and will be rolled out in the coming months.”

Prasa has faced countless controversies in the past, recently being given a disclaimer of opinion in the Auditor General’s (AG) 2018/19 annual report.

Mbalula, however, said this was exactly why the war room was needed.

“The reason why we talk about the war room is precisely because there has never been stability at Prasa.”

“The AG’s comments in terms of matters of emphasis are damning, precisely because there was no management here in this place, so we are basically here to sort that out,” he said.

The progress report came three months after the war room was launched, and in the midst of passenger complaints and a 67% decrease in trips in the 2018/19 financial year, according to Fin24.

“Our commitment to improving the lives of our people through an efficient, reliable and safe passenger rail service has never been greater,” Mbalula said.