Ipid gets Treasury help to probe premature closure of cases

Ipid allegedly manipulated statistics since at least 2012 by closing or completing cases before investigations were completed. 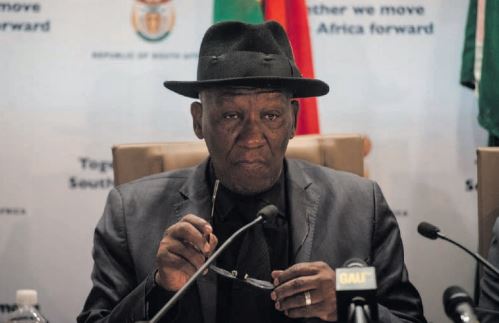 Police watchdog, the Independent Police Investigative Directorate (Ipid) has obtained help from the National Treasury to complete an investigation into the allegations of the premature closing of cases.

On October 7, an exposé by Viewfinder, a new accountability journalism project, detailed how Ipid, since at least 2012, allegedly manipulated statistics by closing or completing cases before investigations were completed.

Internal documents, seen by News24, revealed its investigators complained they were forced to complete or close cases without concluding proper investigations.

In response, Ipid said a former ethics officer had “allegedly received” a whistleblower report about the special closure of investigations at the Gauteng provincial office.

“It was alleged that the cases were closed without due process being followed in respect of conducting the required investigations.

“He forwarded a report to the office of the then-executive director requesting that an investigation be launched into the fraudulent closure of cases at the Gauteng provincial office during the period April 2016 to July 2016 as ‘special closures’,” read the statement from Ipid acting spokesperson Sontaga Seisa.

“Upon receiving the report, our Integrity Strengthening Unit was then tasked with conducting an investigation.”

A day later, Ipid appeared before the portfolio committee on police, where its management questioned the whistleblower’s credibility and admitted there were “a few cases” in Gauteng where Ipid had not done proper investigations before cases were closed.

Acting Ipid executive director Victor Senna said the report on the investigation would be done by October 18, and the committee resolved they would meet with Ipid on the report on October 23.

However, on Wednesday, the committee heard the investigation had only dealt with 35% of the prematurely closed cases.

The MPs had some sympathy with Ipid as its Integrity Strengthening Unit – which is conducting the investigation – only has two members.

The most outstanding cases are in KwaZulu-Natal.

In Gauteng, a criminal case was opened – one implicated official resigned and another was dismissed.

Senna told the committee the Treasury had committed resources to assist Ipid with the investigation.

“It is a very complex investigation,” he said.

Police Minister Bheki Cele said he hoped to find out what happened and that the integrity of Ipid and its processes should be maintained.

“I’m very pleased with the further resources, including the human resources, from Treasury,” Cele added.

Senna said he had approached the Treasury for help because he wanted to restore the credibility of Ipid by the time a new executive director was appointed. Cele said this would be done by March.

He added the involvement of Treasury officials meant the report would be compiled by independent investigators.