In terms of tourism, Ramaphosa said the areas under traditional leaders' custodianship were rich in culture and heritage. 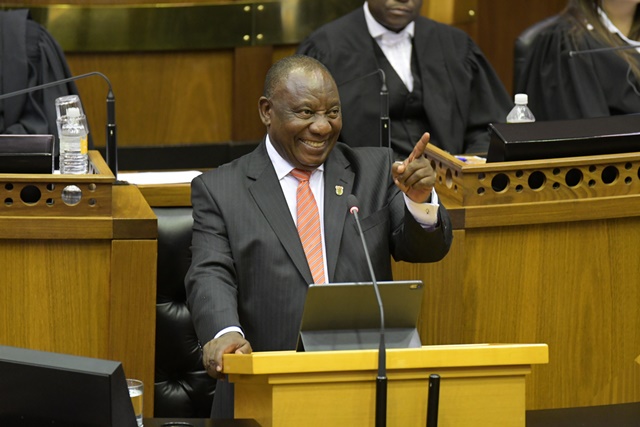 President Cyril Ramaphosa announced the establishment of another summit – this time a Presidential Summit on Land.

He made the announcement while addressing the National House of Traditional Leaders on Tuesday.

“Our rural areas mustn’t be places that young people leave, only to return when they retire,” Ramaphosa said.

“This trend must be reversed, especially if we are going to resolve one of our biggest challenges – land access and ownership.”

He said the deadline for the closing of submissions on the 18th Constitutional Amendment Bill, which seeks to amend Section 25 of the Constitution, is fast approaching.

“This is a crucial time for the land reform process.”

“Your participation is critical. It should be further noted that at the Traditional Leaders’ Indaba in 2017 it was resolved that there should be a Presidential Summit on Land.

“I am pleased to say this summit will take place this year.”

He said it was important that each provincial house, assisted by the relevant provincial government, has their own engagements to inform the process leading up to the summit.

“The consultations need to be broad and representative, and I urge you to canvass as widely as possible – with NGOs, faith-based organisations, business, youth formations, women’s groups and people living with disabilities.”

He referred to the Advisory Panel on Land and Agriculture, which found “several shortcomings in our land reform policies and programmes”.

“Government, in partnership with the National House of Traditional Leaders, is looking into the issues raised by the report to address the shortcomings.”

He said they are also looking at the rest of Africa for lessons on how to deal with land tenure and land rights record-keeping systems.

“At the same time, we are involving traditional communities in the agrarian reform movement.

“A study trip undertaken to Benin in August last year by representatives of the National House of Traditional Leaders and government looked at a community-based agricultural development model in a rural setting.”

Ramaphosa said the delegation came back impressed by what they experienced.

“We should ensure that the practical insights gained from this trip inform and benefit our work going forward.”

Ramaphosa said other areas to promote inclusive growth and development in rural areas were mining and tourism.

He said he was pleased that there was progress in finalising a working relationship between traditional leaders and the department of mineral resources and energy.

“Our Constitution specifically enshrines the principle of sustainable development,” he said.

“As part of ensuring that development is sustainable and participatory democracy is deepened, we will continue to ensure that there is proper and adequate consultation on all matters relating not only to mining but all economic development.”

He said government would continue to insist that the law was followed on environmental impact assessment studies.

“Likewise, mining houses have to have proper consultation mechanisms and appropriate agreements in place and must be able to show they are bringing sound community development programmes to the table.”

In terms of tourism, Ramaphosa said the areas under traditional leaders’ custodianship were rich in culture and heritage.

“The development and marketing of heritage sites will create much-needed job opportunities and improve local economies.

“It is pleasing to note that the National House of Traditional Leaders has been engaging with the department of tourism, and that both parties have agreed on various approaches to improve tourism in rural areas.

“Our own people must take the lead by visiting and appreciating culture and heritage sites in their localities.”