The president has said he was 'unmoved' by her excuses and wants to make it clear that 'no one is above the law'. 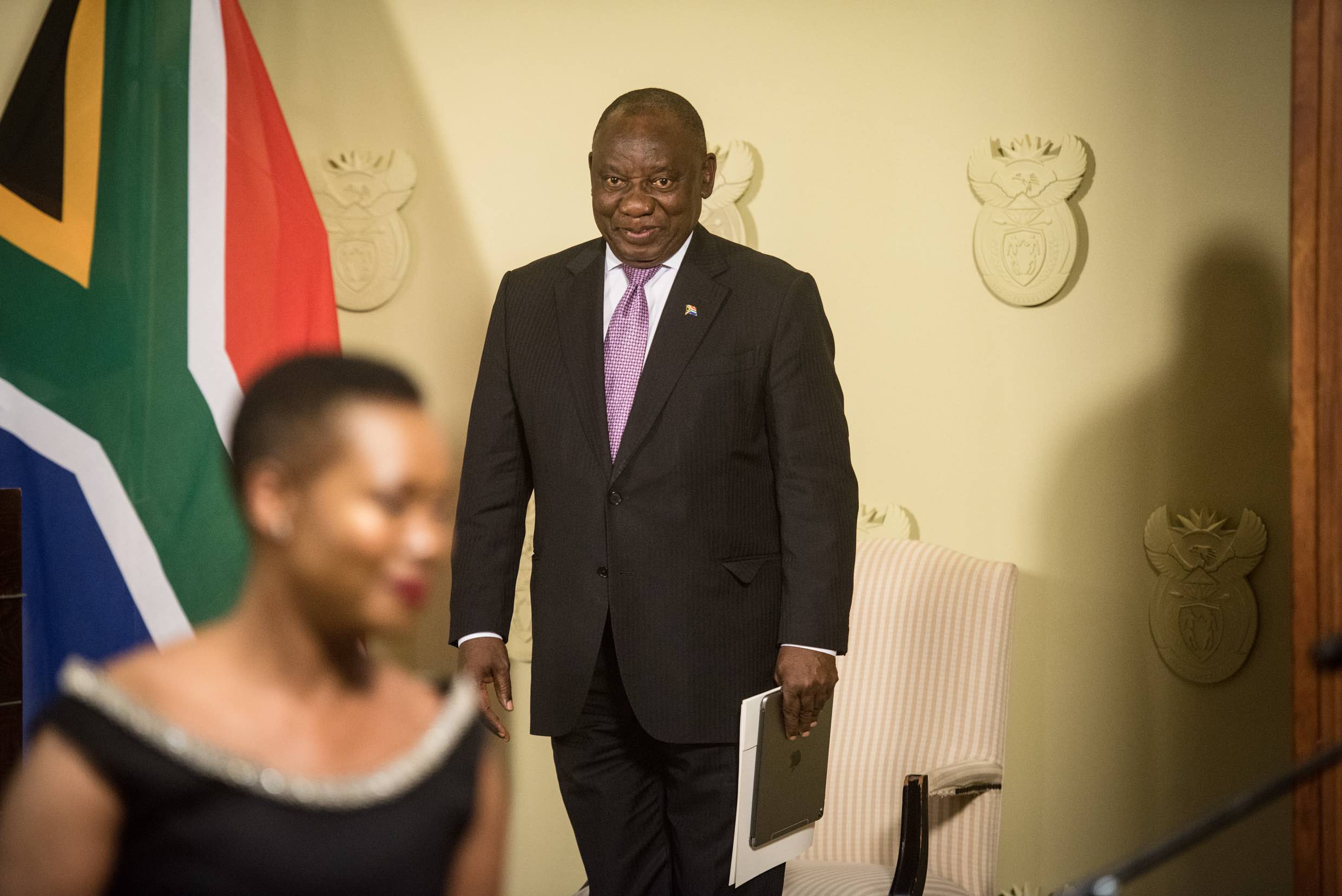 President Cyril Ramaphosa is seen reacting to the new Minister of Communications Stella Ndabeni-Abrahams during the swearing in of her new position, 22 November 2018, Union Buildings Pretoria. Picture: Jacques Nelles

In a statement on Wednesday, the presidency announced that President Cyril Ramaphosa has placed Minister of Communications and Digital Technologies Stella Ndabeni-Abrahams on special leave for two months – one month of which would be unpaid.

It comes after he summoned her to explain to him why she appeared to have broken lockdown regulations by having lunch with former ANC MP Mduduzi Manana at his home this week. Manana posted a photo of their meal together, which sparked condemnation and calls for her to be fired.

“As to allegations that the minister violated the lockdown regulations, the law should take its course,” said presidency spokesperson Khusela Diko.

“This follows the revelation on social media that the minister had recently visited the home of a friend who hosted a lunch, contrary to the lockdown regulations,” the statement continued.

“The president summoned the minister yesterday. The president expressed his disapproval of the minister’s actions, which undermine the requirement that all citizens stay at home and save South Africa from the spread of the coronavirus.”

Ramaphosa accepted the minister’s apology for the violation “but was unmoved by mitigating factors she tendered”.

During her special leave, Minister in the Presidency Jackson Mthembu will act in her position.

The president reprimanded her and directed her to deliver a public apology to the nation.

Ramaphosa has said: “The nationwide lockdown calls for absolute compliance on the part of all South Africans. Members of the national executive carry a special responsibility in setting an example to South Africans, who are having to make great sacrifices.