The City, which is currently under administration, said it was speaking to landowners in a bid to finalise a purchase deal. 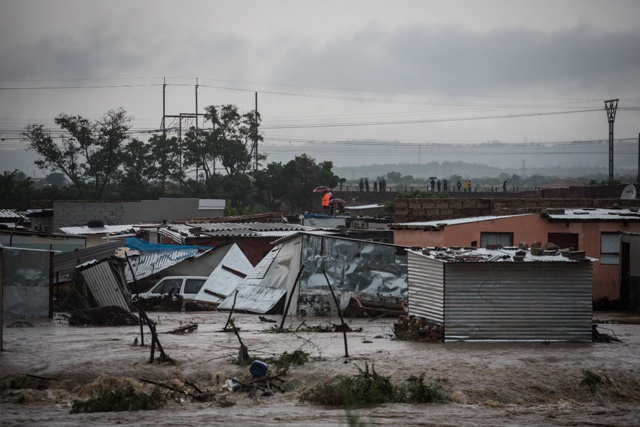 The City of Tshwane says it is in the process of finalising the acquisition of land for displaced Mamelodi flood victims.

Speaking to the media at the City’s headquarters, Tshwane House, on Tuesday, spokesperson Omogolo Taunyane-Mnguni said the land was being acquired from private owners.

The land is also expected to accommodate residents from Hammanskraal, Centurion and Winterveld, whose houses were also swept away during the floods that hit parts of Gauteng last December.

“The City never made any pronouncement on any land that we [had] acquired. You will know that initially we had said that we were looking for City-owned portions of land, so that it could expedite the process, and we didn’t have any. That is why we have now approached a private owner to get that process going,” Taunyane-Mnguni said.

More than 50 people, from the thousands who were displaced, are currently being temporarily housed at the Mamelodi Baptist Church.

Jentile was speaking at the church during the handout of food parcels by the Collen Mashawana Foundation to residents and the people housed at the premises.

The foundation previously donated blankets and mattresses to the flood victims and returned again to offer social relief during the lockdown.

The City, which is currently under administration, said it was speaking to landowners in a bid to finalise a purchase deal.

Taunyane-Mnguni said National Treasury had approved the reprioritised budget, which would be used to acquire the property.

Once the acquisition process concluded, the Human Settlements Department would then ensure that service stands were allocated, she added.

Taunyane-Mnguni said the City also had a good working relationship with the church and non-governmental organisations (NGOs), and updated them on a regular basis on the developments regarding the processes of getting land for the people.

She added that head administrator Mpho Nawa was treating the matter with urgency.

“You will know that there are three spheres of government. We don’t really work in silos and so what has happened is that we had to approach provincial government to ask if there is any assistance they can give us in terms of budget, so that we can start allocating the piece of land there,” Taunyane-Mnguni said.

Taunyane-Mnguni said she could, however, not divulge on the timelines regarding the acquisition as some processes had delayed because of the national lockdown.

In a statement on the matter, Nawa said: “The frustrations expressed by flood victims are legitimate, it’s a matter that we don’t take lightly. One of our priorities subsequent to the ruinous December floods is to restore the dignity of some of our most vulnerable residents.”