The President said racism was very much present in the modern world and part of fighting vaccine inequality. 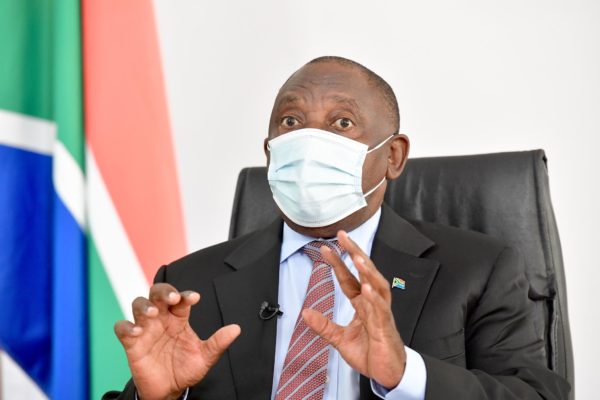 President Cyril Ramaphosa has expressed his concerns about the rise of racism on a global scale.

The President said racism was very much present in the modern world and part of fighting vaccine inequality.

“Nearly every week you hear stories of racism that just disturbs one as you contemplate it,” he said.

His comments comes in light of the headline-making spat between Meghan Markle and the British royal family following Markle’s revelations of suicidal thoughts, a racist relative and an heir to the throne trapped by tradition, in and interview with Oprah Winfrey.

The revelations have triggered a storm of reaction, particularly the explosive claims about racism from the royal family.

Also in South Africa, eNCA reporter Lindsay Dentlinger was accused of racism after a video circulated on social media suggesting Dentlinger had been racially selective when enforcing mask rules during her televised interviews.

Regarding vaccine nationalism, Ramaphosa said first-world countries were still hoarding vaccines at the expense of the poor despite him addressing the matter back in January during the all-virtual 2021 World Economic Forum (WEF).

“There’s rising nationalism and we see it manifest itself in many ways. We have seen the ugly side of it with vaccine nationalism.

“More developed countries that are able to develop vaccines are hoarding vaccines because of their muscle power. In terms of finance they have gone out and bought up all the vaccines, ordering up to 10 times what their own populations need and almost denying access to developing countries,” he said.

South Africa recently signed an agreement with Johnson & Johnson to secure 11 million doses of its vaccine.

Of these doses, 2.8 million will be delivered in the second quarter and the rest spread throughout the year, Ramaphosa announced last month.

The country has also secured 20 million doses from Pfizer which will be delivered from the second quarter and 12 million vaccine doses from the Covax facility.