Advocate Kholeka Gcaleka cautions that submitting to accountability processes is not optional. 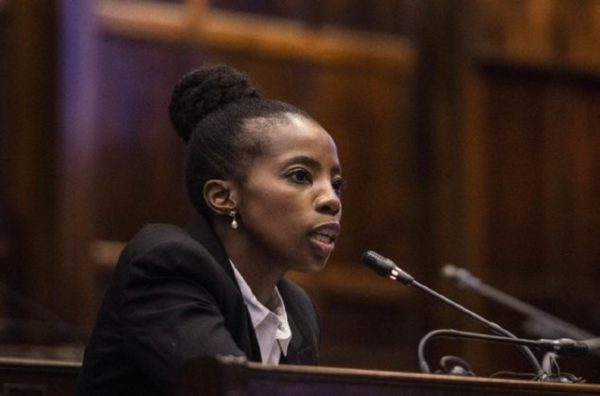 Deputy Public Protector advocate Kholeka Gcaleka has appealed to Gauteng local government authorities to cooperate with investigations conducted by the Office of the Public Protector.

Addressing a virtual strategic planning session on Tuesday of the South African Local Government Association (Salga), Gcaleka raised concerns about officials who did not comply with remedial action issued by the chapter nine institution.

She also said others had the tendency to take extraordinarily long to respond to investigators’ enquiries, submitted responses that were scant on detail and were worryingly poor at record-keeping.

Gcaleka cautioned that submitting to accountability processes was not optional.

“It is not enough for those exercising public power to simply explain and justify their actions as a way of accounting. Accountability includes redress or taking corrective action to address the specific wrongdoing,” she said.

“This entails restorative justice for victims of administrative injustices by the state, clawing back public resources acquired through unlawful means and fixing the system to avoid a recurrence of the improper conduct or maladministration.”

The Office of the Public Protector is currently investigating 173 service delivery and conduct failure complaints against 10 municipalities across the province. The bulk of the complaints (86) are against Tshwane, followed by Ekurhuleni and Johannesburg with 36 and 30 investigations, respectively.

Gcaleka said in the past four years, the public protector had issued 17 formal investigation reports against Gauteng municipalities.

“The reports covered issues such as improper awarding of contracts, irregular appointments, illegal occupation of RDP houses due to improper management of allocation processes, financial mismanagement of municipal funds, delays in issuing title deeds and unlawful evictions. Implementation of remedial action remains outstanding in nine of the 17 reports,” she said.

READ NEXT: Mkhwebane accuses executive, judiciary, MPs of persecuting her

Another Public Protector report in the bin: Court victory for horse racing industry
2 weeks ago
2 weeks ago

Another Public Protector report in the bin: Court victory for horse racing industry
2 weeks ago
2 weeks ago