There are about 1.2 million, out of a total of 2.8 million, expired licences were due for renewal on a national level. 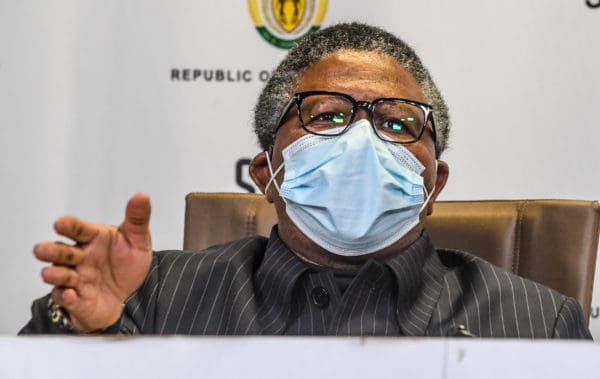 Motorists whose driver’s licences, and temporary permits are expired have a lifeline for renewals yet again.

Transport Minister Fikile Mbalula announced the extension for renewals during a press briefing on Friday, as his department battles with a significant backlog of licences, which has still not processed.

“In order to give motorists a fair opportunity to renew their licences, while we are rolling out a number of measures to improve efficiencies and resolve challenges, we have decided to extend further the grace period for the renewal of licences,” the minister said.

The extension of the grace period will see the validity period of the licences and permits ending on 31 March 2022.

This applies to all learner’s licences, driving licence cards, temporary driving licences and professional driving permits that expired between 26 March 2020 and 31 Aug 2021, which are deemed valid.

Mbalula indicated that the extension would come into effect once it has been published in the government gazette.

Th minister also urged motorists to start renewing their licences early rather than waiting to do so close to the deadline.

“Our emphasis is that when the renewal is actually given don’t go on the eve of this deadline to go and renew. Start today,” he said.

Mbalula noted that the Covid-19 pandemic had led to the closure of Driving Licence Testing Centres (DLTCs), which resulted in backlogs, hence the extension.

The minister revealed that there were about 1.2 million, out of a total 2.8 million, expired licences that were due for renewal at a national level.

This represents a 42.4% non-renewal of expired licences, while 57.6% were renewed.

He said Gauteng accounted for the highest number of licences not yet renewed at 437,819 out of a total 980,038 expired licences, which represents 44.6% non-renewal.

Mbalula said the Department of Transport was rolling out measures to improve efficiencies and resolve challenges at DLTCs.

Part of government’s intervention to address the challenges in Gauteng, the minister further said two DLTCs would be opened at Waterfall Park, Midrand and Echo Park, Centurion to deal with the capacity challenges.

The minister said the centres, which would be operated by the Road Traffic Management Corporation (RTMC), were expected to be operational starting 1 October 2021.

He added that some DLTCs as well as registering authorities in seven of the nine provinces, had extended their operating hours to include Saturdays, and further augmented their human resource capacities.

Mbalula also revealed that the RTMC and the Health Professions Council of South Africa (HPCSA) had been in talks to conclude a memorandum of understanding which would see motorists make use of private optometrists to upload eye test results directly to the eNatis system.

“This process has been delayed by leadership challenges at the HPCSA,” he said.

He added that the interface of live enrolment units with the Department of Home Affairs had since been completed.

“This will enable immediate validation of the fingerprints, and address a challenge that has been a cause of delays,” he said.