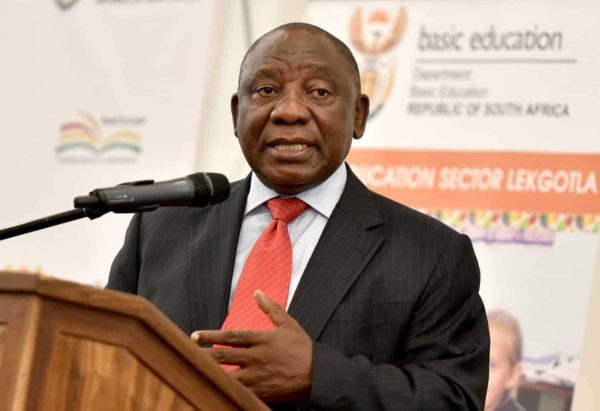 According to the Presidency, the four names have been submitted to the Judicial Service Commission and leaders of political parties represented in the National Assembly.

The candidates will be interviewed by the Judicial Service Commission.

These are the four candidates shortlisted by Ramaphosa:

In September, Ramaphosa invited public nominations for the position, in an attempt to “promote transparency and encourage public participation.”

The invitation came a month before the end of term of Mogoeng Mogoeng on 11 October 2021.

Mkhwebane and Mgoqi withdrew from the race last month.

“Dr Wallace Amos Mgoqi subsequently tendered his withdrawal from the nomination process on 4 October 2021. Advocate Busisiwe Mkhwebane also withdrew from the process on 27 October 2021,” announced the Presidency at the time.

In terms of the Constitution, the Chief Justice is “the head of the judiciary and exercises responsibility for establishing and monitoring norms and standards for the exercise of the judicial functions of all courts”.

They are also responsible for setting and overseeing the maintenance of the standards for exercising the judicial functions of our courts and chairing the Judicial Services Commission.

“The Chief Justice occupies a vital position in our democratic constitutional order. It is therefore appropriate that all South Africans should have an opportunity to witness and participate in the selection of the next Chief Justice. We expect that this process will further deepen public confidence in the independence and integrity of the judiciary,” said Ramaphosa.

Things could get worse for ANC in 2024 elections, if they don't shape up
6 days ago
6 days ago
PREMIUM!

Things could get worse for ANC in 2024 elections, if they don't shape up
6 days ago
6 days ago
PREMIUM!