It’s about time that political leaders showed some solidarity with the suffering masses, says Cosatu. 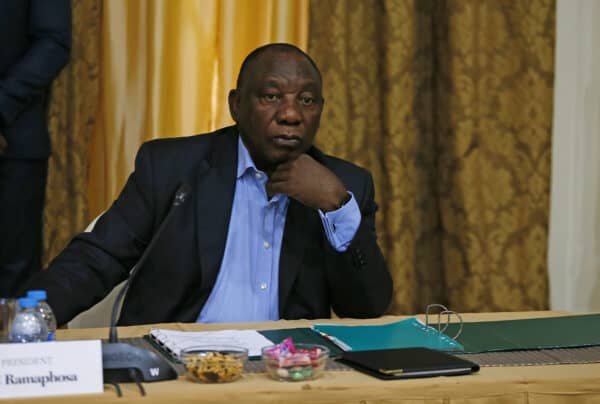 The Congress of South African Trade Unions (Cosatu) has described the proposed salary and benefits increases for political office bearers by the Independent Commission on the Remuneration of Public Office Bearers as “tone deaf and embarrassing”.

This after the commission recommended a 3% salary increase for political office bearers.

This means President Cyril Ramaphosa’s annual salary and benefits could increase from R2.9 million to just over R3 million from April, if approved.

The Independent Commission for the Remuneration of Public Office Bearers proposed salary and benefits increase for 2022 has been published in the government gazette.

The commission consulted with ministers at Treasury, Justice and Constitutional Development and the office of the Chief Justice as required, before making its proposals.

ALSO READ: Bumper salary increases lined up for Ramaphosa, his deputy and ministers

The commission is responsible for making recommendations for salaries and benefits of the president, his deputy, ministers, deputy ministers, premiers, MPs, justices, judges and magistrates and other senior government officials.

With South Africa deemed the most unequal country in the world by the World Bank and increasing unemployment, Cosatu said recommendations should be rejected.

The trade union federation said the working class is facing mounting social challenges, and that it was time political leaders showed some solidarity with the suffering masses.

“Load shedding, the rising cost of living, corruption and a stagnant economy have all happened under the watch and leadership of all political office bearers.

“They do not deserve the packages they currently earn let alone an increase in their salaries,” said Cosatu spokesperson Sizwe Pamla in a statement.

Pamla said it was hypocritical for Treasury to recommend to the commission that MPs be afforded a 3% increase to avoid them “becoming demoralised”, whilst it had shown no compunction for imposing wage freezes on nurses and doctors working 48-hour shifts or police officers.

“The elite of this country is ganging up and declaring a class war against the taxpayers and the poor.

“The huge salaries and benefits that are paid to political office bearers and senior bureaucrats are the source of the existing inequalities and unacceptable income disparities that currently exist in the public service,” he said.

Cosatu added it was time that the terms of reference of the Independent Commission on the Remuneration of Public Office Bearers was extended, to require it to consult with the public and not only members of Cabinet, who had a direct conflict of interest in its recommendations.