Health Check: does drinking alcohol kill the germs it comes into contact with?

Wine has long been known for its disinfecting and cleansing properties. 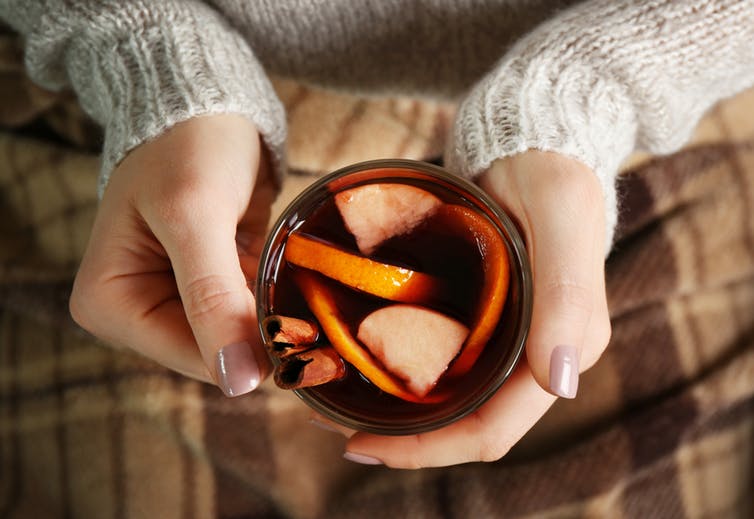 Some cultures believe drinking alcohol will kill the germs that cause a sore throat or a tummy bug. from www.shutterstock.com.au

Alcohol is a well-known disinfectant and some have speculated it may be useful for treating gut infections. Could alcohol be a useful agent to treat tummy bugs and throat infections?

Wine has long been known for its disinfecting and cleansing properties. According to historical records, in the third century AD Roman generals recommended wine to their soldiers to help prevent dysentery.

Can alcohol kill germs in our guts and mouths?

Wine was examined as part of a 1988 study that tested a number of common beverages (carbonated drinks, wine, beer, skim milk and water) for their antibacterial effect. The beverages were inoculated with infectious gut bacteria such as salmonella, shigella and E.coli. After two days it was found the organisms fared worst in red wine. Beer and carbonated drinks had an effect but were not as effective as wine.

A number of years later a laboratory study was carried out to work out what in wine was causing the antibacterial effect. The researchers tested red wine on salmonella and compared it to a solution containing the same alcohol concentration and pH level (acidic).

Red wine was seen to possess intense antibacterial activity, which was greater than the solution with the same concentration of alcohol and pH. Even though a large proportion of the antibacterial effect of red wine against salmonella was found to be due to its acid pH and alcohol concentration, these factors only partly explained the observed effects.

The concentration of alcohol is certainly important for the effect on bugs (microbes). For alcohol hand rubs a high alcohol concentration in the range of 60-80% is considered optimal for antimicrobial activity.

A laboratory study looked at the penetration of alcohol into groups of microorganisms in the mouth and its effect on killing microbes. Alcohol concentrations lower than 40% were found to be significantly weaker in affecting bacterial growth. Alcohol with a 10% concentration had almost no effect.

The exposure time of alcohol was also important. When 40% alcohol (the same concentration as vodka) was used the effect on inhibiting the growth of these microorganisms was much greater when applied over 15 minutes compared to six minutes. It was determined that 40% alcohol had some ability to kill oral bacteria with an exposure time of at least one minute.

Can alcohol damage the stomach?

In a study involving 47 healthy human volunteers, different alcohol concentrations (4%, 10%, 40%) or saline, as a control, were directly sprayed on the lower part of the stomach during a gastroscopy (where a camera is inserted down into the stomach through the mouth).

So in theory a high enough concentration of alcohol swallowed (or kept in the mouth for at least a minute) would kill a large number of gut and oral bacteria, but it would very likely do some damage to the stomach lining.

Chronic use of alcohol can also lead to an overgrowth of bacteria in the small bowel. This has been thought to be linked to gastrointestinal symptoms such as diarrhoea, nausea and vomiting, which are frequently noted in alcoholic patients.

So what’s the verdict?

Alcohol consumption can lead to some immediate damage to the gut, with greater damage seen at higher concentrations. In theory a high enough alcohol concentration with sufficient exposure to gut or oral tissue could kill bacteria but will in all likelihood also damage the gut lining.

It’s not advised alcohol be used as a regular disinfectant to treat tummy bugs or throat infections.