Life Esidimeni NGOs ordered to pay back the money

The Democratic Alliance (DA) has welcomed a judgment made by the Gauteng High Court in Pretoria. 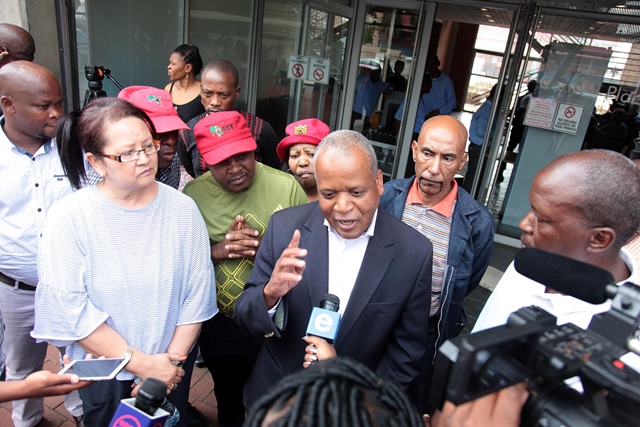 The Democratic Alliance (DA) has welcomed a judgment made by the Gauteng High Court in Pretoria ordering two non-governmental organisations (NGO) involved in the Life Esidimeni tragedy to pay back R663,275 to the Gauteng Department of Health.

The said judgment was obtained by the Special Investigating Unit (SIU) on Friday.

“The High Court in Pretoria ordered the Anchor Centre and the Dorothy Evangeline Franks facility to pay this money as they had continued to claim payment after the psychiatric patients were removed from their care,” Gauteng DA health spokesperson Jack Bloom said in a statement on Sunday.

This comes after the state’s forensic investigation and litigation agency, in terms of the Special Investigating Units and Special Tribunals Act of 1996, had been tasked with probing matters relating to unlawful and improper conduct on the part of 28 NGOs tasked with the care of mental health patients, News24 reported.

This task was issued in 2017 by then-president Jacob Zuma, to investigate the Life Esidimeni tragedy and whether NGOs were paid “in a manner that was not fair, transparent, equitable and contrary to applicable legislation”.

The Health Ombudsman’s Professor Malegapuru Makgoba revealed in a report that numerous patients had died after being transferred from Life Healthcare Esidimeni to various NGOs across Gauteng, due to cost-cutting measures. The report also found that several human rights were violated in the process, News24 earlier reported.

The SIU’s work is not done, as the agency is pursuing civil action against another nine NGOs who submitted invoices for payments for non-existent patients, according to Bloom.

“I hope that criminal charges will also be laid against the people at these NGOs who fraudulently obtained these payments.

“It highlights the administrative ineptitude of the department as they paid over money even though they should have known that the patients had been transferred elsewhere,” Bloom added.

Bloom however expressed concern over the delay in charging those whose criminal negligence led to 144 deaths of the mental health patients in their care.

“Why is it taking so long for this to get to court? The lives that were lost are surely more precious than stolen money,” Bloom said.

“The DA is continuing to press Gauteng Premier David Makhura to use the law to ensure that former Health MEC Qedani Mahlangu and her top officials contribute from their own pockets towards the more than R300m that has so far been paid in compensation to Esidimeni victims,” Bloom said.