President Cyril Ramaphosa says South Africa is now at risk of even more coronavirus infections as it prepares to gear down to alert Level 3 of the lockdown. 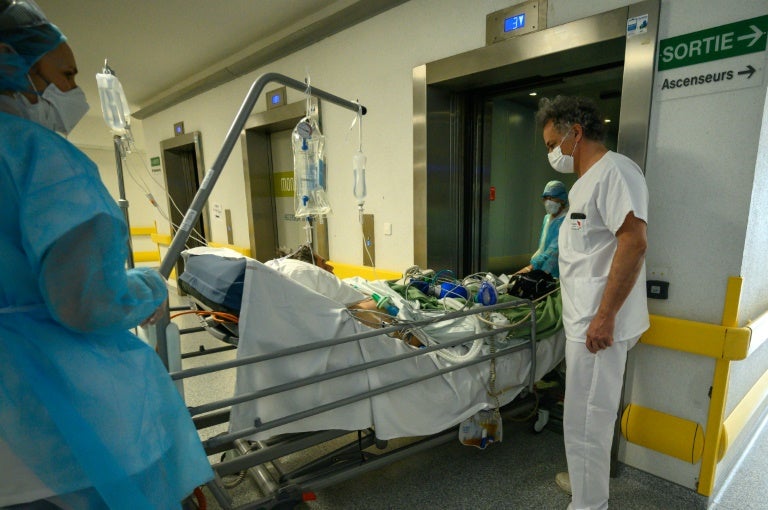 Studies show that the body's immune response is temporarily switched off after some severe infections. AFP/File/PATRICK HERTZOG

The president, in a prompt address at 19:00 on Sunday, warned that the only way to reduce the number of infections and deaths would be resorting to diligently and consistently observing hygienic practices.

“Now, we look once again to you, to your actions and to your sense of responsibility. We look to you to uphold the sanctity of life and the dignity of all people. We look to you to protect the weakest and most vulnerable among us,” said Ramaphosa.

He said infections in the country were showing a sharp rise, which is in line with what scientists had predicted.

The president said his government had been planning and budgeting in line with the expected peak, but much more needed to be done.

“The scale and the speed of the public health response to this emergency has been impressive, but there is still much more that we need to do. We have known all along that the lockdown would only delay the spread of the virus, but that it would not be able to stop it.”

Reflecting on the words of former president Nelson Mandela’s 2007 speech during the height of the battle against HIV/AIDS, Ramaphosa called on the nation to demonstrate solidarity and compassion in the face of the global outbreak.

“In meeting this grave challenge, we will move ahead as one people, united in action, and determined that we will surely overcome. At this time, more than any other, we are reminded of the words of Madiba, when he said: ‘It is now in your hands’,” said Ramaphosa.

The president said more than 580 000 coronavirus tests had been done, while more than 12 million screenings had been conducted so far.

Focusing some of his address on commuters, as more public transport will come into effect under the new alert level, Ramaphosa called for a partnership between commuters and taxi, bus and train operators, as well as between government and business, to ensure those who used the different modes of transport were also kept safe.

They, too, would have to adhere to wearing masks at all times, keeping safe distances from other commuters and washing their hands before and after each trip.

“Taxi and bus operators need to observe the regulations to be announced by the Minister of Transport, including ensuring that their vehicles are regularly sanitised,” said Ramaphosa.

The president said some businesses had also offered to look at providing transport for their employees and even staggering working hours to help reduce congestion.